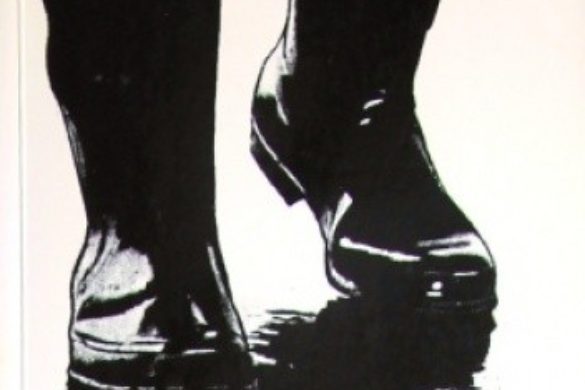 In his works, Józef Mackiewicz touched upon the burning problems of the 20th century, both social and political. He took up topics omitted by other writers. He left a huge legacy, not only in terms of volume, but especially in terms of the content. What influenced the work…

In his works, Józef Mackiewicz touched upon the burning problems of the 20th century, both social and political. He took up topics omitted by other writers. He left a huge legacy, not only in terms of volume, but especially in terms of the content. What influenced the work of J. Mackiewicz?

First of all, the period he lived in – the 20th century, occupations and wars. The writer’s youth came during World War I, in which he participated as a volunteer. The interwar period was the writer’s maturation period. However, another war made him a witness of the Katyń massacre and the tragedy of the Borderlands. A difficult decision was made in the second half of his life – he decided to emigrate and leave the homeland for which he had fought so much.

In the interwar period, Mackiewicz was a journalist and reporter. At that time, the writer traveled extensively in the Eastern Borderlands. The effect of the trip were articles published in “Słowo”, which he later included in the collection entitled “Bunt rojstów” (1938). In his articles he presented the real situation of the inhabitants: their poverty, national conflicts, the economic situation and state administration.

During World War II, Mackiewicz and his wife stayed in Czarny Bór. He experienced two occupations there. During the Soviet occupation, he was deprived of the right to publish, therefore he worked as a lumberjack and carter. During the German occupation, he received an offer to edit the German magazine in Polish – the writer flatly refused. Despite this, he published several anti-communist articles in “Goniec Codzienny”, signing them with the initials J.M.

In 1943, Józef Mackiewicz went to Katyń, where he witnessed the exhumation of the graves of Polish soldiers. He included his experiences in an interview entitled “I saw it with my own eyes”, which was published in “Goniec Codzienny”. He also included his memoirs in the book “Dymy nad Katyniem”, he also edited the publication “The Katyń Massacre in the Light of Documents”. He accidentally witnessed the murder of Jews by the Germans in Ponary, which he also wrote down in the “Ponary-baza” report.

Fleeing the re-occupation by the Soviets in 1944, Mackiewicz and his wife left Vilnius. The émigré works of Józef Mackiewicz were rich, in addition to hundreds of articles, reports and memories he published in emigration magazines, he also published on his own the brochures “Optimism will not replace Poland”, “The Polish radio station of Radio Free Europe speaks …” (1968), “Riddles continued” (1975), “Trust No. 2” (1976). In exile, J. Mackiewicz published historical and political novels such as “Careerist”, “Road to nowhere” and “Don’t need to speak out loud”, “Left free”, “Kontra”, “The case of Pułkownik Miasojedow”, he published “The Victory of Provocation” on his own. Mackiewicz published a collection of short stories “Under every sky” (1964), it was re-published in 1989 under the title “Squeegees from God’s drawer.” The author devoted two books to the politics of the Vatican towards communism. In 1972 he published the book “In the shadow of the cross”, and three years later, continuing the thread of the Church’s policy, he published the book “Vatican in the shadow of the red star”.

In exile, two volumes of memoirs were also published – “Dear Lady” (1984) and “Facts, Nature, People”, with an extensive introduction by his wife Barbara.

J. Mackiewicz devoted much attention to journalism; he was particularly interested in political journalism. “How is it possible? – Mackiewicz asks rhetorically and often in his texts. – In this question we find the essence of his political and, at the same time, humanistic thinking, which demands respect for the rules established in our culture, which so many have had and so far have for nothing.

J. Mackiewicz did not create his own ideology, but went down in history as an implacable critic of communism, defender of the truth, sparing neither the leaders, nor political parties, nor even the Vatican or the Church. He was a keen observer of events taking place and reported them. He was supranational in his views, he rejected all resentments, xenophobias and racial prejudices.