South of Vilnius. A picturesque village on the Waka River. A place of Vilnius creative intelligence – Czarny Bór (Juodšiliai).

In 1924–1946, in Czarny Bór there was a monastery of the Ursuline Sisters. The nuns ran a primary school and an orphanage. In 1934, a junior high school was opened. On hot pre-war summer days, the inhabitants of Vilnius came here. All who wanted to rest in the midst of the sun, listen to birds singing and smell pine trees growing on the surrounding sands.

During World War II, with the help of the Ursuline Sisters, in Czarny Bór, a priest Michał Sopocko was hidden for 2 years. However, also the well-known Vilnius publicist Józef Mackiewicz had his summer house here, in which he lived with his wife Barbara Toporska. Interestingly, the house in Czarny Bór was bought with his wife’s money.

The house of Józef Mackiewicz and Barbara Toporska was on the edge of the settlement, practically in the forest. It was a small, wooden house with shutters and an open porch covered with wild grapes.

The window on the left of the porch belonged to Józef Mackiewicz. There was a leather sofa, a desk, bookshelves. There was a very large bed and a chest of drawers in the bedroom. The walls were decorated with plates that seemed ugly to Józef and out of place. There was a table in the kitchen, chairs, meals were prepared in the kitchen with stove lids. The porch was not glazed, it was an ordinary veranda in which milk was drunk with biscuit or with black bread. There was a garden in front of the porch. To the left of the bushes was a high entrance gate to the small square, a yard. Already in the early 1920s, Mackiewicz was delighted with living just in the countryside and away from the city.

The host’s room, somewhat exuberantly called boudoir, was furnished with a couch, soft stools and a dressing table. The dining room was dominated by a table and sideboard. The walls were decorated with ceramic plates, raising aesthetic doubts of the hosts themselves. In winter evenings, the fireplace provided warmth. The writer’s daughters visiting him on Saturdays and Sundays willingly played cricket and in winter they went skiing.

Calm, though poor life of the Mackiewicz family ended with the outbreak of World War II and the occupation and soon a difficult fate in exile began.

The fate of the house is not exactly known, but the house was in a tragic condition until the 21st century. The building is the only object protected by law and protected by conservator, directly related to the life and work of Józef Mackiewicz. Thanks to the renovation, this place has regained its value and cultural heritage.

The wooden house of Józef Mackiewicz, built on a plot of 2,500 square meters, has been gradually devastated over the years. It was in very poor condition, the building lacked stability and was on the brink of rioting. 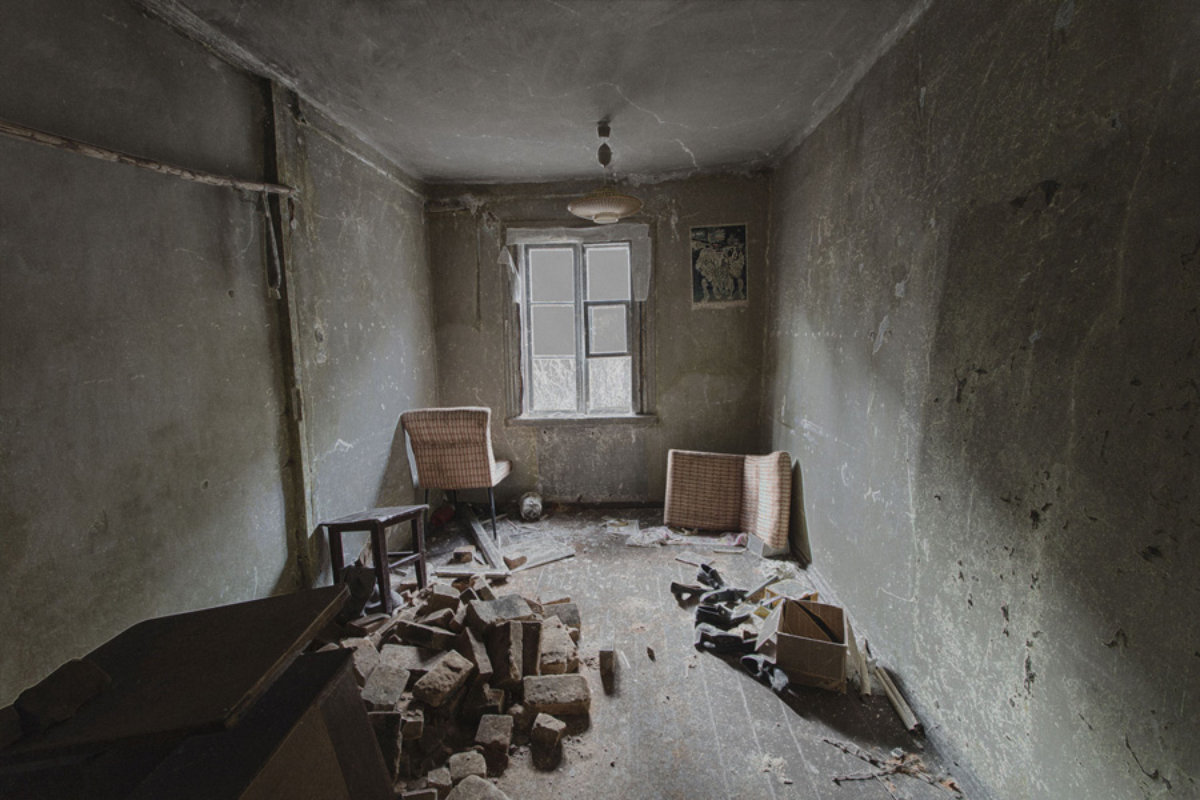 At the beginning of 2013, Foundation „Wileńszczyzna” acquired the forgotten property of an outstanding Polish writer.

In 2014, the first stage of preparatory work for the renovation of the manor house was carried out, consisting in securing the area and the building itself.

Subsequently, complex renovation and conservation activities were undertaken, including work on foundations, wall and ceiling structures, and roof. Electrical connection was made by December 30, 2016; demolition and protection works were carried out; the foundations were repaired and reinforced; the foundations and damaged beams of the log structure were replaced; the ceiling was repaired and reinforced; the roof truss was repaired and the roofing was replaced. Window and door carpentry was also maintained with partial replacement of elements. 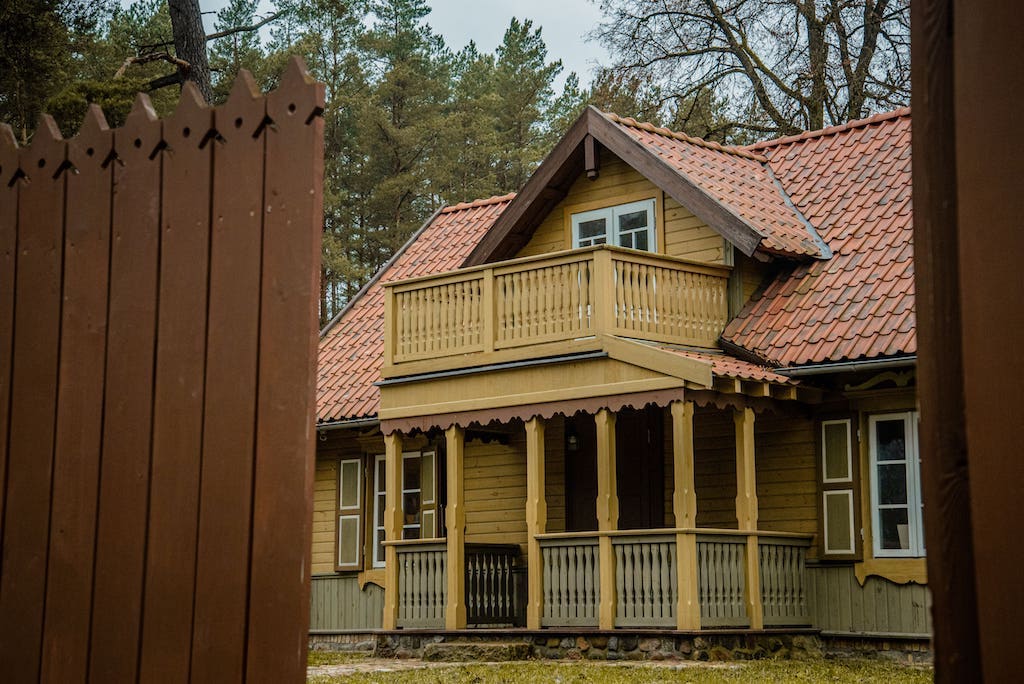 In 2017, conservation works are carried out on the floors of the ground floor and first floor, and chimney renovation. Works were carried out on electrical installations, central heating as well as water and sewage systems. A wooden fence is being built around the foundation. 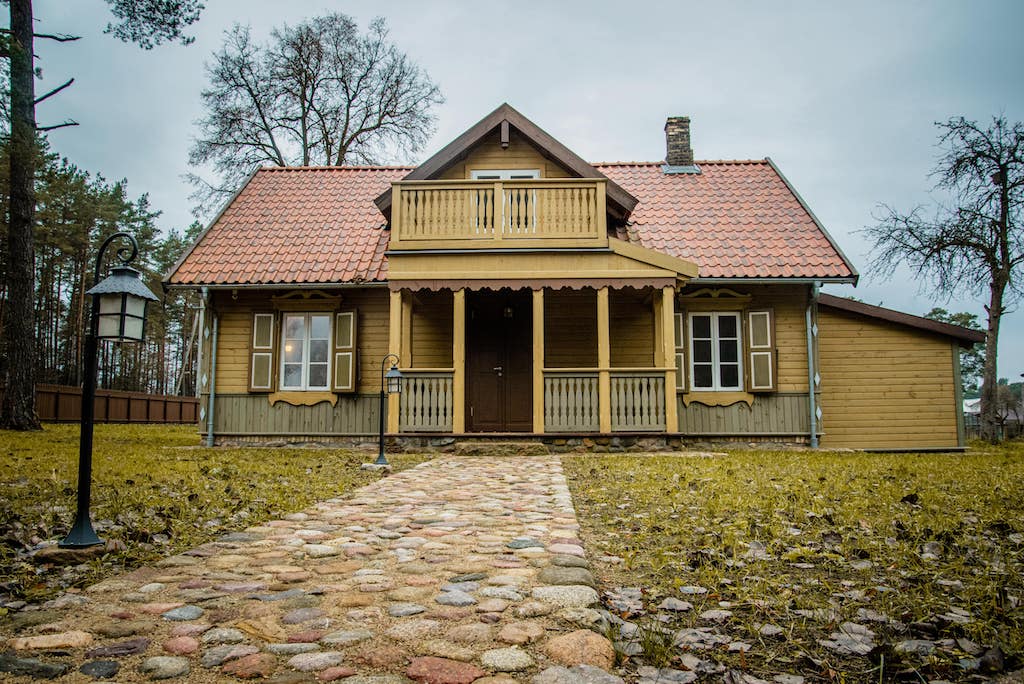 After renovation and maintenance of the building, it is planned to open a Creative Work Center named after Józef Mackiewicz – a student research center, intended primarily for academic youth, to promote literature, history and exchange of experience. First and foremost, Józef Mackiewicz’s summer home should be used to shape young people and get to know Józef Mackiewicz as a unique and avant-garde person. The cultural center is to be used to spread and promote Polish traditions in the Vilnius region and to promote tourism for city guests and local residents. 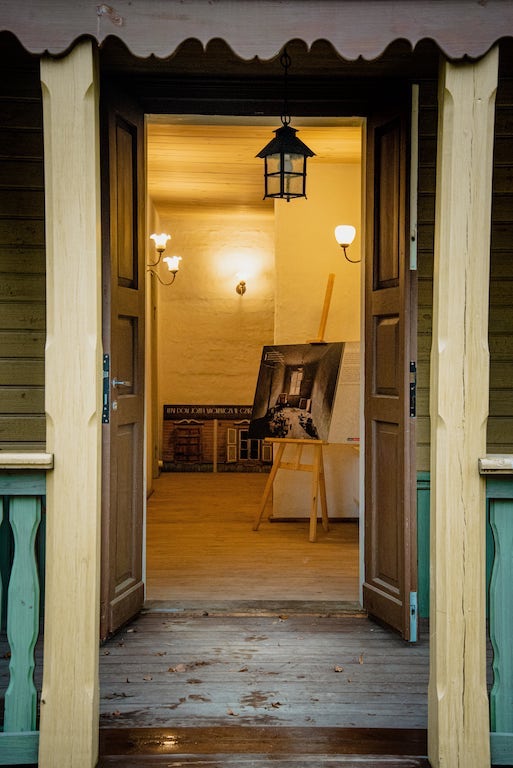