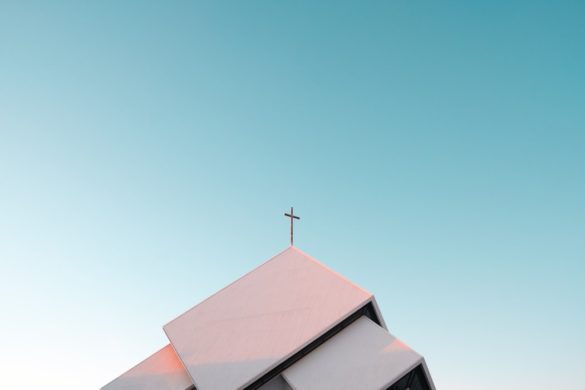 Vatican’s indifference to the repression of Catholics

Józef Mackiewicz in his publications has repeatedly expressed his critical attitude towards the policy of the Catholic Church. In the books ‘In the shadow of the cross’ („W cieniu krzyża”)  and ‘The Vatican in the shadow of the red star’ („Watykan w cieniu czerwonej gwiazdy”) he gives many…

Józef Mackiewicz in his publications has repeatedly expressed his critical attitude towards the policy of the Catholic Church. In the books ‘In the shadow of the cross’ („W cieniu krzyża”)  and ‘The Vatican in the shadow of the red star’ („Watykan w cieniu czerwonej gwiazdy”) he gives many examples of injustice and disregard for human life under the communist regime, to which the progressive West did not react, but what was worse, the Catholic Church also ignored it. Even in the 15th century, the Vatican, sword in hand, fiercely defended the faith with the Teutonic Order, while in the 20th century the church began to play political games on the world stage. Mackiewicz believed that the Vatican, in the name of a policy of ‘peace’ and ‘realism’ with communists, pushes moral laws to the background.

In his book ‘In the shadow of the cross’ Mackiewicz recalls how during the Russian revolution in 1917 the republican government of Kerensky collapsed and the Bolsheviks took power. Then, in January 1918, Lenin announced a decree against the Orthodox Church, which introduced the separation of the Church from the state, prohibition of religious education, assembly ban and confiscation of church property. In Russia, churches are being torn down, arrests are taking place, spiritual people are being shot and there is anti-religious terror. Mackiewicz notices that the Vatican initially does not see any danger in this, and sees even minor advantages: “In Rome, the supporters of the “lesser evil” (…) pointed to the side, or at least comforting, that, in any case, all prerogatives and privileges of the Orthodox Church were abolished which, within the scope of its influence, has discriminated against the Catholic Church for centuries”. However, news soon arrives that the Catholic Church is also being persecuted in Russia, and that the repression has affected followers of all religions, including Jews and Muslims. The Orthodox archbishops of Omsk and Siberia asked the Pope to take action to defend the Christian faith. The Pope addressed the Bolshevik government, which in turn announced that there was no religious persecution in Russia. This is where the help of the Holy See ended.

During this period, that is after the First World War, the Bolsheviks were very keen on recognizing their rule, and therefore they sought diplomatic contacts. Mackiewicz notes that the Vatican also cared about relations with Moscow, as the church was expected to weaken: “In any case, Russia will be weakened – it was argued – and the Orthodox Church, hitherto tied to the throne, will either lose its importance altogether, or it will be so undermined in its foundations. that she would bow herself to save her existence towards a union with Rome.” On this assumption, contacts with the Bolsheviks can be beneficial in any case. This is how the first diplomatic relations between the Vatican and Moscow were established.

This situation, when the Holy See became indifferent to the harm done to the faithful in socialist Russia, lasted for a long time. The author of the book “In the shadow of the cross” gives many examples of how Rome abandons the defense of the faithful. One example is the November 1963 wave of anti-religious repression in the Soviet Union. The Vatican was of course informed of this, but the envoy from Moscow, Metropolitan Nicodemus, who visited Rome, denies the existence of religious persecution: “The intensification of anti-clerical propaganda does not mean, gentlemen, religious persecution. It is a free discussion, one might say “dialogue” on the ideological and cultural level. Persecution of religion is quite another. “Persecution” is when state authorities issue orders against believers. And this has never been and never has been in the Soviet Union”. This statement was considered sufficient. The Vatican did not comment on this.

The second painful situation that Mackiewicz presents concerns Hungary. In April 1964, Cardinal Konig, on the orders of Paul VI, went on a mission to Hungary. One of the cardinal’s tasks was to settle the conflict in Budapest. He had to persuade the Hungarian Primate, József Mindszenty, to make concessions to the communists, which the primate definitely did not agree to. That is why the Pope decided to act above the head of the primate of Hungary. Already in September, the first bilateral act between the Vatican and the Hungarian communist government was signed. Under this agreement, the Pope appointed Hungarian bishops, but the appointments were approved by the Hungarian government. All of Europe looked with delight at the politics of the present and the realism of the Catholic Church, and just two weeks later six Hungarian priests were arrested for giving religion lessons. The communist authorities explained that the priests were accused of “conspiracy against the state” as they were not approved by the authorities. The Roman Curia accepts the declaration but takes absolutely no action.

Mackiewicz was outraged by the case of Primate Mindszenty, because, as the author mentions, the Pope’s messengers repeatedly try to persuade Mindszenty to leave Hungary, who, fearing repression by the communists, after suppressing the uprising in Hungary in October 1956, took refuge in the American embassy in Budapest. He only left her after 15 years. The situation in Hungary has worsened catastrophically, 3,000 Catholic schools were closed, 32 teachers’ seminaries, and the number of female monasteries fell from 456 to 2. There were hardly any seminaries left at all. At the same time, the Pope forcibly removes Cardinal Mindszenty from his post and appoints Bishop Laszlo Lekai in his place, which the communists had long demanded.

The Vatican ignores the collapse of the church in Hungary and cares about relations with secular authorities. Mackiewicz writes in the book “In the shadow of the cross” that the entire history of harassment by the apostolic authority of Cardinal Mindszenty, who defended the Catholic faith, “leaves an unpleasant residue.” Even more frightening is the fact that the Vatican kept trying to hide and silence the cardinal so that he would not proclaim the truth about the communist rule. The authorities of the Catholic Church make concessions to the communist authorities, despite the fact that the rulers shamelessly mock religion, faith and moral laws.