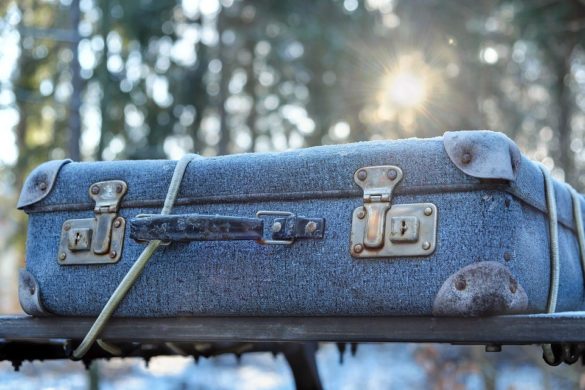 The hardships of life in exile

Józef Mackiewicz was an extraordinary man and he had an extremely difficult life. He did not avoid difficult challenges, he also witnessed a terrible history and injustice many times. If he let go of the pursuit of truth at all costs, he would certainly have a much easier…

Józef Mackiewicz was an extraordinary man and he had an extremely difficult life. He did not avoid difficult challenges, he also witnessed a terrible history and injustice many times. If he let go of the pursuit of truth at all costs, he would certainly have a much easier life and more friends. As a result of his uncompromising attitude and constant reminding about the inconvenient history, he has gained many enemies – not only in the Vilnius region, but also around the world. Criticism of the prevailing systems and politics, harsh texts, and loud statements were too embarrassing for the elite. He could not count on the support of ordinary people who did not have historical and universal knowledge and did not understand the entire situation in the world.

Fleeing from the re-occupation by the Soviet Union in 1944, J. Mackiewicz and his wife managed to get to Warsaw, from which they soon had to flee to Krakow. After a few months, in January 1945, they left for Rome. They did not live long in the apostolic capital, because after a few years they were moving again – this time to London. Despite their successes and failures, life was difficult, and therefore in 1955 the Mackiewicz family moved to Munich. Both lived here until their deaths, surviving on meager publishing fees. Munich, in fact, was not a happy place for Mackiewicz either. He was underestimated by emigration and was fought for part of it. Life in exile was neither pleasant nor voluntary for the author. Mackiewicz kept writing, but what he wrote about was not liked by the majority. He won enemies faster than he changed his place of residence. He was also haunted by the truth he preached at home, in the Vilnius Region.

In 1943, Mackiewicz was offered a trip to Katyń to see the exhumation of the bodies. At the request of the Germans, he had to compulsorily write an article in “Goniec Codzienny”, which not everyone liked. The writer even obtained permission from the PPP authorities to leave. On the spot, in Katyń, a lot of evidence was found that the crimes were committed by the Soviets in 1940. When Mackiewicz returned to the Vilnius Region, the value of the report began to be depreciated. It was believed that the Soviets had nothing to do with it, as propaganda clearly stated that the crimes in Katyń were committed by the Germans. The truth was very hard to come by, people did not understand the size of the tragedy in their minds. A thesis was even put forward that even if the communists committed the crimes, the Germans certainly “threw” the bodies of Jews, Poles, etc. Mackiewicz, as a writer and journalist, fought for the Katyń truth until the end of his life. During the war, one could not speak badly about the Soviets – because they were allies, they were forgiven for everything, and right after the war, it was impossible to tell the truth, because the communists became the hosts of Poland and the victors of the war. Therefore, having one real enemy – communism, he became an enemy for the entire coalition, which made life in exile very difficult.

Mackiewicz believed that identifying the nation and the ideology or political system is a characteristic feature of the 20th century, and at the same time its great misfortune. The result of this phenomenon was, in his opinion, the spread of stereotypes deforming knowledge about historical events and facts of public life. Immediately after the war, Mackiewicz had the courage to write that not only the Nazis committed bestialities, but also Soviet soldiers were guilty of crimes against the civilian German population. He wrote that to blame all Germans for Nazism is as absurd as to blame all Russians for communism or the Katyn massacre. He recalled and probably was the first to condemn the destruction of German cities by the Allies in 1945 – in the final phase of the war, when it was only actions aimed at the civilian population and the heritage of German culture. “Hitlerism,” Mackiewicz wrote, “had to be destroyed. Beautiful German cities had to be saved ”. Such statements offended not only the Soviets, but also everyone who won the war. All propaganda was directed against the Germans, because they had lost and were a total evil, one should remain silent about the sins of their allies and their own.

The only thing that can be accused of Mackiewicz is his naive faith in the durability of the values ​​taken from the family home and the years of youth education, faith in the ideals of humanism and political liberalism, including freedom of speech and creativity. In the flood of events, Mackiewicz did not notice that the Old World had collapsed irretrievably. Influenced by enthusiasm, a sense of civic duty and faith, the writer tried to change the world for the better, speaking honestly and openly about the things that were not appropriate to speak out loud. But when the awareness of the real, non-ideal world arrived, it was too late. He paid a high price for the truth because he struggled with the consequences until the end of his life.