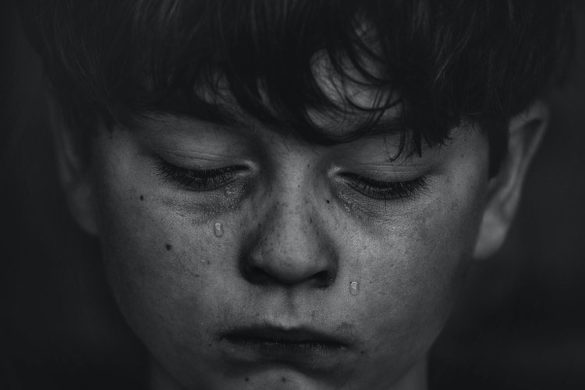 (based on the works of Józef Mackiewicz) The Katyn massacre, despite its tragedy and monstrosity, in totalitarian systems, also became a tool for carrying out a propaganda campaign. On April 13, 1943, when the Berlin radio broadcasted a message about the discovery of mass graves of…

(based on the works of Józef Mackiewicz)

The Katyn massacre, despite its tragedy and monstrosity, in totalitarian systems, also became a tool for carrying out a propaganda campaign. On April 13, 1943, when the Berlin radio broadcasted a message about the discovery of mass graves of Polish officers in the Kozie Góra forest, it was known that in the war with the Soviets, the murder of a thousand soldiers would be used by the Germans to the detriment of the perpetrator of the victims. What, moreover, was rightly noticed by Józef Mackiewicz when he began his report on the exhumation of the corpse ‘Dymy nad Katyniem’ with the words: “The Germans used the Katyn graves as a mine for their propaganda and political action, which they tried to give as wide a range as possible”.

According to Mackiewicz, the Germans in the face of the tragedy in Katyn had two goals. First of all, their task was to spread propaganda among the conquered nations of Eastern Europe in order to present to the people the fate that awaited them under Bolshevik rule. The second assumption was, of course, sweeping your own Nazi crimes under the carpet. Moreover, many of them did not even hide that Katyn had only propaganda value for them. Gregor Slowenczik – one of those assigned to this action – wrote in a letter to his wife: “… from morning to evening I am with my corpses, 14 kilometers from Smolensk. Thanks to these poor boys I can do something for Germany and that’s beautiful… ”. In a personal conversation with Mackiewicz, he also did not hide too much his real intentions, although he did show some understanding: “Sir, it is not about which side our sentiments are on. You are Polish and maybe you are sorry, maybe you are in pain that we are doing such … well, let’s say, vulgar propaganda for our benefit of your tragedy. But you must admit that from our German point of view – we would probably be auf den Kopf gefallen, we would fall on our heads, so that, having found such a propaganda treat, we would not exploit it, win it, or form a political action out of it! ”.

The aspect which is completely ambiguous regarding this crime was the number of victims. The undisputed number, broadcasted in various German messages, was from 10 to 12 thousand corpses. The first grain of doubt as to the credibility of this information was sown in Mackiewicz only after talking to a young man whom he considered to be Dr. Wodziński’s assistant (Dr. Marian Wodziński was in charge of the exhumation works). When giving orders to the workers, he only remarked that such a number of victims was not possible – they could “kill” 4.5 thousand victims at the most. Ultimately, Dr. Buhtz (praised by Prof. Siengalewicz) gives a diligent report that a total of 4,143 human bodies were found in the seven graves. Be it with a sneer or regret, the author of the report adds “only” at the end.

The last and, in fact, the most important question remained who the actual perpetrator was. Nobody could be sure of the credibility of the Germans’ words. Especially, because the Soviets kept “hitting the ball”, not admitting their guilt and blaming the Nazis in the crime. The writer’s inquisitiveness was largely satisfied due to the lack of any restrictions on the part of the Germans during the exhumation works carried out: “The Germans, having let us out to the appropriate pits, gave us complete freedom of movement, watching what we wanted, talking to whomever we wanted”.Unexpectedly, Mackiewicz was prompted by … forest litter to the resolution of this issue. These were scraps of newspapers, also extracted from the pockets of the corpses and each with a date: March-April 1940. Of which the most frequent newspaper was “Głos Radziecki”, with which POW camps were sprinkled in 1940. The author writes: “Newspapers in such a number could not survive in the pockets of those murdered during the year and a half, if, as the Soviet version would like, they were still alive in August 1941. A newspaper, even an enemy’s, is for a prisoner the huge source of information. Therefore, keeping old newspapers would be utter absurd and nonsense, especially in the face of such momentous events as each day of the ongoing world war. Especially the outbreak of the Soviet-German war.”

Of course, the saved prisoners and other witnesses also contributed to the discovery of the truth. In a later interview with Mackiewicz to the „Goniec Codzienny”, he officially admitted that there was no doubt about the fact that Polish officers had been murdered by the Bolsheviks.

“Katyn is for Mackiewicz a classic example of what he called in a separate book “the victory of provocation”. From two equally criminal and genocidal ideologies: Nazism and Soviet communism, only Nazism was tried and banned in Europe and the world. The Nazi state was smashed to dust, and the communist empire was allowed to continue to exist. Oświęcim was made a mausoleum of world memory and Katyn was pushed into oblivion. This was done by the victorious coalition governments, but the Vatican hierarchy also looked at it passively. The existence of parties referring to Nazism was forbidden, and the existence of communist parties was allowed with impunity,” wrote Jacek Trznadel, and it could not be better expressed. From that moment on, Katyn became a symbol of the criminal policy of the Soviet system towards the Polish nation.