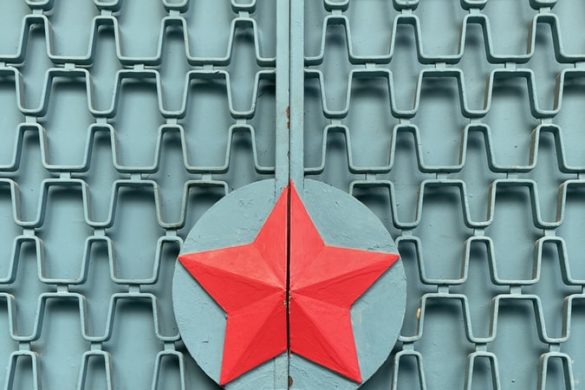 Peace or calmness? Mackiewicz on freedom in communism

Peace at all costs has become a notorious slogan of communist propaganda. Everything that threatened the interests of the communists, that is, any attempt to regain independence by the occupied nations, all protests or expressions of discontent, was branded as “aggression” threatening world peace. On the other hand,…

Peace at all costs has become a notorious slogan of communist propaganda. Everything that threatened the interests of the communists, that is, any attempt to regain independence by the occupied nations, all protests or expressions of discontent, was branded as “aggression” threatening world peace. On the other hand, the overt and covert attacks by the communists were designated as a legitimate “liberation” action, that is, an endeavor to strengthen peace. The authorities could intervene in people’s lives, apply repressions, and issue death sentences because, as it justified, they did so only in the name of peace.

As Józef Mackiewicz writes in his book “In the shadow of the cross” („W cieniu krzyża”), this paradox in the world was initially questioned, but it was soon assumed that the internal policies of other countries should not be undermined, especially those that won the war. It was also assumed that no one could be “liberated”, as this would be aggression towards the states of the socialist system. And yet this system has been recognized by the Western world. One should live and coexist in peace, not liberate and fight. Whoever denies this becomes a natural aggressor, that is, he acts against the greatest good, which is peace.

In this way, the nations remaining under communist rule from the first and second world wars were definitively “assigned” to the power of the Bolsheviks, and were to remain under that power. The Vatican’s stance was no different from that of Western states, despite continuous reports of human rights violations and persecution.

As Mackiewicz noted, the “Eastern” bloc wanted peace at all costs. First of all, because, contrary to popular belief, it had the greatest number of potential anti-communists. Here we are no longer dealing with the paradox as it might seem. The ardent supporters of communism usually got to know this system only in theory. They were people who admired the doctrines and lived themselves in capitalist states. On the other hand, the nations that came to live under this system knew well what it looks like in practice, that communism does not correspond to human desires or nature. Hence the number of ideological communists increased in the West and decreased in the East. Civil war was completely unnecessary for the Bolsheviks, hence the constant inculcation in “citizens” that peace was the main value of communism. The authorities did not allow people to rebel or hope for freedom at all costs, because, as Józef Mackiewicz emphasizes, “war could threaten the “World Socialist System””.

In fact, the leaders of the Communist bloc wanted “calmness” under the term “peace”. Calmness within the state was essential to keeping people in check. Mackiewicz compares it to a prison – that is, in order to function well, there must be tranquility. The peace that the Vatican and all of Europe were talking about is a fictional peace. Mackiewicz points out that there is absolute tranquility in Cuba. They follow orders in peace there, work hard in peace and die of hunger in peace. It was the same in communist Russia, China, Czechoslovakia and in all countries behind the Iron Curtain. There was tranquility, but there was neither peace nor freedom in it.

This could be seen in counter-revolutionary literature heard in the testimonies of refugees, or seen in the statistics of closed churches, educational institutions, and in increasing numbers of prisoners. Even the Berlin Wall itself was a testimony to the fact that the socialist system was ruining people’s lives. But at that time, as Mackiewicz recalls, the West, Moscow and the Vatican repeated in chorus that everything is done in the name of peace.