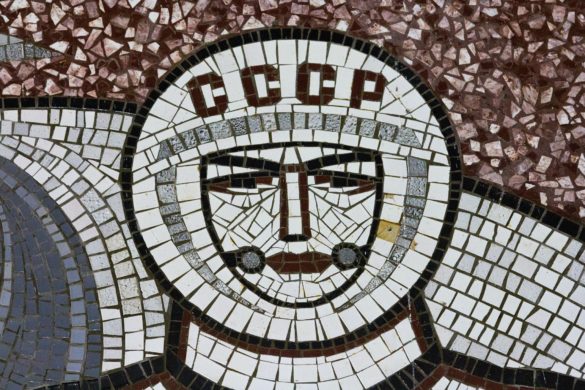 Nationalism as a tool of communism

Nationalism, according to Mackiewicz, divides nations, inhibits the possibility of their understanding or unification. Nationalism in the USSR became an obstacle to understanding between nations and their fight against communism. Because nationalism operates in national realities, it is alien to supranational ideologies. For this reason, anti-communism was too…

Nationalism, according to Mackiewicz, divides nations, inhibits the possibility of their understanding or unification. Nationalism in the USSR became an obstacle to understanding between nations and their fight against communism. Because nationalism operates in national realities, it is alien to supranational ideologies. For this reason, anti-communism was too abstract for all kinds of nationalism. Hence, the result of nationalism has always been an underestimation of the supranational communist threat. The nationalist conceptions showed that, in fact, the only thing “real” was the self-interest of a given nation.

In the first months after the October coup, Lenin struggled with the problem of how to organize the Bolshevik political party to become the nucleus around which the state could be rebuilt. Therefore, after the coup, when the party focused on disintegrating the state and proclaimed anarchist slogans, there was a period when parts of the military and administrative structure had to be recovered for the party. As Alain Basancon writes in his book “Nationalism and Bolshevism in the USSR”, officers and officials had several reasons to join the Bolsheviks:

1. a desire for order and a wish to make life bearable;

2. patriotism and fear of losing several centuries of constructive efforts;

3. nationalism and hope for the preservation of a single, undivided Russia.

In the book “The Victory of Provocation” Mackiewicz wrote: “Communists, still from the experience of the civil war, know that they are not attracted to nationalism and that they do not bind nationalism with it, as it is by supporting its hatred towards another nation.” Nationalism in the Soviets was supported as it harbored a destructive loathing of what was external to the communist world. Authentic patriotism was branded as “bourgeois nationalism.” For this, chauvinist Russian nationalism was most praised as “Soviet patriotism.” Moreover, this Soviet patriotism was the main driving force that supported the plan for the world expansion of communism. For these reasons, communism was accompanied at every step by the progress of Russification. In Poland and Czechoslovakia, this meant compulsory learning of the Russian language at school, revising the history lecture to emphasize the ties between these people and the Russian people, exalting Russian art, music and literature and degrading the art of the West accordingly.

Nationalist-communist plan for non-Russian nations in the USSR

Bolshevism has triumphed as the “liberator of nations.” This is where we meet the most essential element of the Bolshevik art of government – compromise. In the Bolshevik ideology, a compromise is a temporary concession to practical conditions.

As Mackiewicz writes in the book “The Victory of Provocation”, Soviet Belarus is a classic example of creating “nackommunism”. The Soviet government in Belarus focused on developing Belarusian culture and language. Unfortunately, it turned out that there is a lack of intellectuals who speak this language. The intelligentsia began to be brought in to train the people and already in 1924 the plenum of the Central Committee of the BSSR party introduced the Belarusian language in all state and social offices, institutions and organizations. Officials unable to learn the language were discharged from the service. Compulsory Belarusian language courses have been established. As Mackiewicz writes, in 1926 the plenum resolved: “The entire communist party of Belarusian Bolsheviks must speak Belarusian.” Education and culture developed rapidly: thousands of schools, 4 universities, 4 workers’ faculties, 30 professional schools, 30 vocational schools, 15 craft schools, all with the Belarusian language of instruction. At the same time, libraries, museums, theaters are created, and books and magazines are published.

The Soviet system retained local classics who mingled with Russian classics and allowed themselves to be reconciled with Soviet ideology. The party decided about the compromise between what to keep and what to discard. The culture of the lower layers was considered neutral and non-threatening. Following this, the national culture had to turn to folklore. In the theaters of the entire Soviet Union, officers dressed as Cossacks, Circassian highlanders or medieval Uzbeks dance and sing melodies, collected from this or the previous century and arranged by indoctrinated folklorists.

Mackiewicz notes that he was going through the process of Ukrainization of Soviet Ukraine at the same pace, but it was only a communist tactic. As the author claims, the classic thesis was: “National form, socialist content.” What was happening in Soviet Belarus or Ukraine did not come from the people, but only from the party, because initially there was practically no national consciousness. Thanks to such tactics, most of the Belarusian and Ukrainian national activists began to cooperate with the communists. People joined the party because “this is the only way to realistically work for the good of the cause.”

In some cases, only a minimal concession to national characteristics was necessary. Ukraine was included in this category. Three hundred years of control over Ukraine made the Russian Empire a great power. It was unthinkable to hope for Ukraine’s independence. She was too numerous, too rich, and not too strong to be a balanced, lasting compromise. There were fears that Ukraine would then claim independence. Therefore, after the process of Ukrainization, which took place at a crazy pace, after 1929 the Ukrainian language was removed from the cities and pushed to the row of the rural dialect. This policy posed a threat to the Soviet government, related to the development of Ukrainian culture and education, and an increase in national identification. Therefore, after strengthening his power, Stalin decided to end this policy, leading to the condemnation to death of some of the leading activists, and some moving beyond the borders of the Ukrainian SSR.

In Poland, nationalism made it easier for party politicians to dress up in patriotic clothes, to the point of forcing them to accept the basic goals of communism under the guise of less evil and the means to fight Russian imperialism. In this way, Bolshevism also made use of what was contrary to its nature. The Bolshevik art of governing was to force people to accept the Russification that accompanied sovietization.

Communist nationalism in the world

It should be noted that this policy has its counterparts in the European countries of people’s democracy, in Vietnam and Cuba. In many countries, nationalism was the source of the force that helped socialist governments seize power. Nationalism remained a vital force there. In each of these countries, the government has developed a chauvinist character that draws on examples from a victorious past. The inclination to nationalism helps Soviet policy in the sense that it focuses the attention of individual states on themselves, seals their borders, inhibits attempts at association and ensures that they do not stray towards Western Europe or the United States.

Mackiewicz believed that nationalism was the source of the greatest misfortunes in Eastern Europe – both in Poland and in neighboring countries, and above all in relations between all countries in this region and the USSR. The mistakes of the Second Republic were – according to Mackiewicz – the conflicts of Poles with the nations living in the eastern areas of the Second Polish Republic, and the direct cause of this error were both the assimilation concepts of National Democracy and the “superpower” ambitions of the state administration, as a result of which national minorities were treated as second-class citizens. The direct consequence of nationalist ideas – Mackiewicz proves – was the fact that as early as 1920, instead of uniting against a common supranational enemy (Bolshevism), the countries of the region fueled ethnic bilateral conflicts (Polish-Lithuanian-Belarusian-Ukrainian, etc.), each of which he was in the hand of the Bolsheviks.