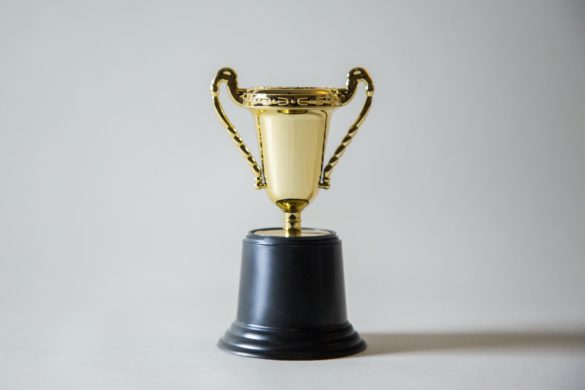 It is believed that the writer’s greatest recognition is the Nobel Prize – the most prestigious literary or scientific award. Józef Mackiewicz had a chance to receive it, because in 1974 the American University of Kansas nominated him for this award, but the controversy surrounding the writer prevented…

It is believed that the writer’s greatest recognition is the Nobel Prize – the most prestigious literary or scientific award. Józef Mackiewicz had a chance to receive it, because in 1974 the American University of Kansas nominated him for this award, but the controversy surrounding the writer prevented him from entering the history books as a Nobel laureate. He has received many other awards, but the greatest recognition of Józef Mackiewicz’s work is the literary award of his name.

The Józef Mackiewicz Literary Award is a distinction awarded to writers since 2002. Luckily, the first prize was awarded exactly in the year of the 100th anniversary of Józef Mackiewicz’s birth. The writer was known for his expressive views. “Mackiewicz exposed the falsehood of the commonly accepted vision of history. He showed all its complexity, multithreading, difficulties in agreeing with someone. It could not be liked by everyone” – wrote Włodzimierz Bolecki, author of Mackiewicz’s biography entitled “Birdman from Vilnius” („Ptasznik z Wilna”). It is no coincidence that honoring writers of a new generation with this award proves that they follow in his footsteps, making public the historical facts of Poland from new or unknown to us perspective. The motto of the competition is the famous saying of the prose writer: “Only the truth is interesting”.

The founders and originators of this award, Jan Michał Małek – a Polish-American activist, engineer, entrepreneur, investor, and Zbigniew Zarywski – also a businessman, as they said themselves, were in love with the works of Józef Mackiewicz. The main prize for the laureate was 8 thousand dollars (now reportedly it is 10 thousand dollars), which is to encourage contemporary prose writers and journalists to follow the footsteps of Józef Mackiewicz and not succumb to popular opinions, banalities or duplicated erroneous patterns. The distinguished persons also receive a bonus of 1,000 dollars. The importance of this initiative was well summed up by Andrzej Kumor, saying: the Józef Mackiewicz Literary Award may transform into a real Polish institution – become a foundation supporting thought and creativity. (…) Money is the key to effective political, social activity – whatever one. (…) Anyway, money is used to transform the world according to the wishes of those who have it. For good and for bad”.

The award has been presented annually for over 18 years on Poland’s Independence Day – November 11 – which is also quite telling. One of the key features of true patriotism is the desire to present the true history of one’s own country so that it can flourish in honesty and credibility. Can it be better to celebrate such an important day in the history of the country than to honor those for whom it is crucial to get to know their country as it really was?

Over the years, the jury of the Chapter of the Józef Mackiewicz Literary Award is trying to select the best of the best, who are not afraid to proclaim what others would prefer to remain silent. The award went to the priest Tadeusz Isakowicz-Zaleski (2007), Andrzej Nowak (2015) and Jacek Kowalski (2017). It remains to be hoped that the competition assumption will meet the expectations of their founders and that Polish writers will continue to investigate and preach the truth.