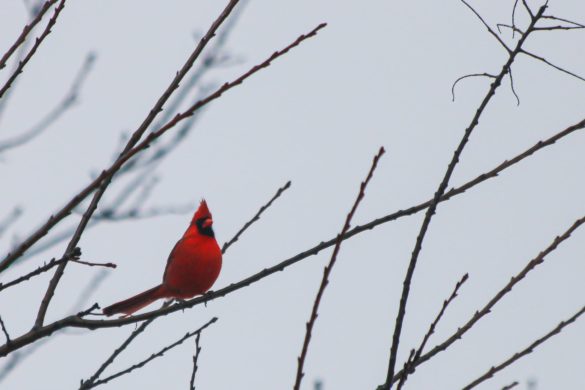 Józef Mackiewicz is mostly associated as a diligent writer and publicist, a man faithful to the truth, devoted to literature. The journalist has a rich creative output, as evidenced by his many novels, short stories, essays, columns and reports. However, apart from writing, he was also fascinated by…

Józef Mackiewicz is mostly associated as a diligent writer and publicist, a man faithful to the truth, devoted to literature. The journalist has a rich creative output, as evidenced by his many novels, short stories, essays, columns and reports. However, apart from writing, he was also fascinated by … the natural world. In Włodzimierz Bolecki’s monograph, he was called “a birdie from Vilnius”. His fascination with nature is closely related to his basic passion.

His interest in nature can be noticed even during Józef Mackiewicz’s student days, when he started studying zoogeography at the University of Warsaw. It was a conscious choice, because his passion for this field of science began much earlier. In the “Wiadomości” survey, Mackiewicz admitted that he was most interested in birds, and his favorite subject was geography. It all began when the so-called class lady – Elizawieta Pietrowna presented little Józek with the book “Priroda” (“Nature”). As he later recalled: “What did the author of “Priroda” teach? – He not only taught about her secrets and made us curious, but he also taught how to get to know her, how to come in contact with her. – It was an amazing book! Surprisingly! Us, who were brought up in traditional fairy tales such as “about a bird in a golden cage”, the author taught how to catch these birds, how to recognize them, how to keep them in a cage, how to look after them, observe their life closely, how to love them! He described the beauty of a free life in the forest, and at the same time the exact directions and dimensions of traps, loners, nets and cages”.

His personal stories, experiences and passions are also visible in his literary works. For example, one of the main characters of the short story “Faux-pas Auntie Pafci” is young Henryk, who is just as fascinated with nature, especially with birds, and who reads “Priroda” by Ivanov – as the author himself was in his childhood. The title aunt Pafcia shares the boy’s hobby, and even in an argument with his mother, she decides that Brehma’s work, ‘The Life of Animals’, will certainly be more appropriate for young Józef than reading about Grunwald. The appearance of Brehma in the short story is also not accidental here – it is also an autobiographical plot. At the age of 10, on Christmas Eve, Józef received three large volumes of ‘The Life of Animals’: ​​“My parents knew what would make me happy! Everyone was already breaking the wafer and I was still turning the pages of the longed-for book.”

He was a very diligent and thorough naturalist. He said about himself: “I am only a writer by profession, by education I am a naturalist, zoologist, zoogeographer, ecologist”. How seriously he treated his passion is evidenced by a short note by him called ‘The case of the rooks’. He outlined the situation that one of his texts had been incorrectly translated, as he wrote that: “the last ones which  will fly away in autumn are the rooks. The translation, however, says: “the first ones which will fly away.” It’s not true! (…) In general, hardly anyone in the literature is interested in what rooks do or do not do, especially in dingy weather like our fall and spring. It is clear. But personally, being a naturalist by education, I attach some importance to it”.

Despite the fact that Mackiewicz did not graduate from natural science studies at the University of Warsaw – he was quite successful there. He even had a real ornithological discovery to his credit. During a research trip to the Białowieża Primeval Forest, he spotted and hunted the three-toed woodpecker, which was very rare there.

There is no doubt that his passion for nature had a great influence on his works. We see how autobiographical threads appear in his books, how the descriptions of nature are sublime, and how views, even political ones, have some connection with nature. He argued that it was the natural sciences that made him realize “the absurdity of nationalisms”, and that he himself was a supporter of “patriotism of landscape”, which encouraged respect for the homeland in all its diversity.