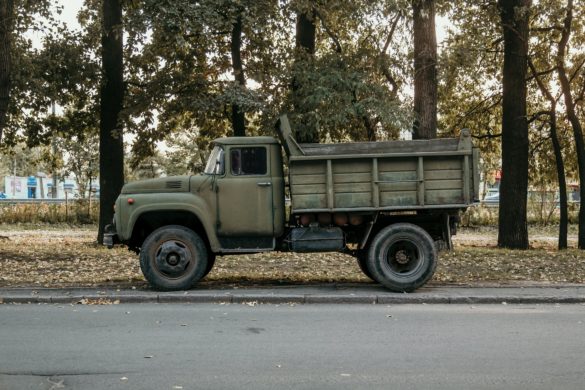 Józef Mackiewicz: ‘The Soviet Union is a denial of old Russia’

Mackiewicz claimed that the Soviet Union did terrible things, but Bolshevism was not a Russian creation, but was the result of transplanting in Russia a foreign doctrine, born in Western Europe. It was a kind of psychological plague, the first victims of which were the Russians. It threatened…

Mackiewicz claimed that the Soviet Union did terrible things, but Bolshevism was not a Russian creation, but was the result of transplanting in Russia a foreign doctrine, born in Western Europe. It was a kind of psychological plague, the first victims of which were the Russians. It threatened every culture and civilization. As the writer believed, these Russians from the tsarist era had a different, healthy identity, unlike the inhabitants of the Soviet Union.

Józef Mackiewicz asks himself a rhetorical question whether there is an “eastern soul”. As he writes in his book ‘The Victory of Provocation’, many famous writers and philosophers emphasize the alleged distinctiveness of the Eastern soul, especially the Russian soul. Mackiewicz, on the other hand, questions this thesis by writing: “The difficulties faced by many specialists in their search for the “Russian soul” consist in the fact that they are looking for something that does not exist. Rather, he explains that there is a difference between the West European and the East European psyche, which lies in backwardness and illiteracy. Russian peasant did not read newspapers or literature, in his free time he rather wondered if God exists and where is the truth? Mackiewicz notices that features, reflexes, longings or deeds that are ascribed to the “Russian soul” can be found in every other culture. Such a statement as “typically Russian” cannot take place because, as Józef Mackiewicz writes: “Before the First World War, the following were considered typically Russian: “human love”,”nihilism”, “dostoevshchyna” etc. Today there is not much “love for man” in the Soviets.”

Mackiewicz believed that the October Bolshevik revolution divided Russian culture into “before” and “after”. Tsarist Russia was a bourgeois state, the culture of the upper classes prevailed, the masses were educated from illiteracy. After the revolution, former Russia turned into a collective thoughtlessly quoting Lenin. As Mackiewicz wrote: “It seems, however, that one can risk a claim that the USSR is more than just a change of old Russia, because it is, in a way, its reversal. And this in every respect: political and systemic, economic, philosophical, moral, and most likely – psychological ”. He emphasizes that, despite maintaining the empire’s framework, everything that was inside has been transformed into the opposite.

Józef Mackiewicz in the book ‘The Victory of provocation’ gives a specific characterization and comparison of the former Russia and the USSR. The author describes Russians during the tsarist regime as people famous for “cutting their hair”, as a people defending the aggrieved, as well as rebels and conspirators. The symbols of Russia were domes, churches and golden crosses, although the favorite subject was to question everything. Intelligence was valued at that time, and there was also an outrageous public opinion. As Mackiewicz writes, art developed, poetry praised nature, and literature was filled with the spirit of opposition and criticism. After the judicial reforms in Russia, the most impartial courts in Europe emerged, and even those who used them despised spies and informers. On the other hand, in the Soviets, as Mackiewicz writes, the opposite happened: the victims were trampled on, the rebellious people became obedient, churches were closed and demolished, all doubts that the government was right and that the intelligentsia lost any value and was persecuted, Soviet poetry only mentioned chimneys and factories, and literature, under the influence of censorship, became submissive and praising the authorities. The Soviet courts became the greatest parody of justice in history, and spies and informers were raised to pedestals.

Mackiewicz pointed out that communism could not be treated as a tool of Russian imperialism. It was international communism that used Russian imperialism for its purposes. The Soviet state did not pursue the interests of the Russian people. Russians did not gain any benefits from the activities of the Soviets. They often lived in worse conditions than the people of the conquered countries.

For the writer, the threat to the nations of Central and Eastern Europe was not Russia as a state, but the communist doctrine, which destroyed their identity. It was also deadly to the Russians themselves. From this perspective, the Russians could not be treated as enemies. On the contrary, they were the main (potential) ally for Poles on the way to achieving a common goal – liberation from communist oppression.