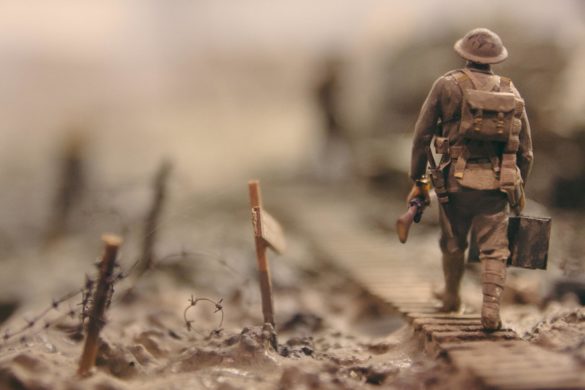 Józef Mackiewicz, together with a group of Polish delegates from the so-called General Government and with three other journalists, landed in Katyn in mid-May, 1943. Later, while going via the same route as Polish prisoners were taken in the spring of 1940, he had only one thought: ‘This…

Józef Mackiewicz, together with a group of Polish delegates from the so-called General Government and with three other journalists, landed in Katyn in mid-May, 1943. Later, while going via the same route as Polish prisoners were taken in the spring of 1940, he had only one thought: ‘This way, this way, this way these people were going, in the same or similar spring. What did they think? What were they whispering?

They arrived after all seven graves had been dug up. The first thing no one would have missed was the terrible, choking smell of corpses. The exhumation act was carried out in such a way that special workers took the corpses out of the pits and placed them in rows on the ground. They cut open pockets and uppers of shoes with knives, where various items were often hidden. Everything that constituted an identification, evidence or material value was submitted to envelopes with a selected number, and then the registration number was attached to the body and put away in another row. Already at that moment it made a huge impression on the man: “A living man, living even in such primitive conditions as imposed by the Soviet camps, uses a lot of various trinkets. So, brushes, combs, matches (…) In my presence, even a box of condoms was brought out of one of the shoes, with a clearly imprinted factory on it, and that shameful, intimate object of his life, stripped here, in this monstrous forest, in the stench and death, in the face of an unheard of tragedy, in a man whose skull was pierced by a bullet right through, he seemed to be something terribly human, against the background of this inhuman crime”.

Shocking and, one might say, traumatic images evoked in him a lot of thoughts, reflections, and emotions, including hatred towards the communist system. The massacre perpetrated on Polish officers in Katyń was fundamental to the author, partly because it unquestionably presented the horrible face of Soviet ideology. He wrote: “Terrible. Hands and legs are clasped together, all pressed like a roller. Grayed, dead, row after row, hundred after hundred, innocent, defenseless soldiers. The Virtuti Militari Cross can be seen at the very front. Head blown on friend’s shoe. The other is face down. This one is still in the cap. Exception. And then everyone else in coats and it’s impossible to recognize individual shapes in this sticky mass. Exactly: ‘mass’, a word so favorite of the Soviets”.

The corpse, which Mackiewicz saw, showed signs of a shot in the back of the head. The shots to the officers were fired at close range from a 7 mm caliber pistol. Some of the victims had bayonet stabs. “One more, and another, and again and again, they carry the corpses in reverse line, from the top to the bottom of the tomb, just as they used to fill it from the bottom to the top.”

After returning from Katyn, Józef Mackiewicz, as agreed, gave an interview to “Goniec Codzienny”, where he related and described his impressions. Or, as he put it, experience: “I don’t know if you can call it an “impression.” The impression is gained as a result of some, most often a single event or fact, limited in itself. Smolensk that I saw, Katyń, crimes, corpses, ruins, Bolshevism that I went through myself, and letters, letters of children to their fathers, starting with the words: “Dear Daddy” or “Dear Dad”, extracted today from piles of pressed, stinking bodies, from that slime of death or half-dried Polish uniforms … Yes, all of this together creates a long chain of associations, thoughts, reflections, sinking deep into the soul. I wouldn’t call it an impression. It’s more of an experience.”

In addition to his own feelings, he also presented a photo file – a report on the exhumation process, as well as a few items from the scene: a small wooden portcygar with three well-preserved cigarettes in it; buttons with eagles; a Soviet newspaper from December 1939; paper 2 złote; a bullet taken from the skull; shoulder straps of the major with the number three and shoulder straps of the captain. All the things looked alike – squashed, dirty and, above all, smelly of deadly musty.

Mackiewicz mentioned that it was not the uniforms and badges that defined the victim of this crime. The souvenirs that the officers hid in pockets, shoe soles and linings were the greatest value in the identification of the body. At the corpses, 3,300 letters and postcards were found, received by prisoners from their relatives in the country, and a few written, but not sent – to the country. Letters from wives and to wives, from children and to children, from mothers and to mothers. “How important the news of my son seemed, which rattled on the rails of the Soviet railroads before it reached his father a few days before his terrible death: “when you will return”,”when we will be together” or “you will see.” “Daddy will see”… No!! He never saw that again! Children are full of trust. They believe in a good end, in a self-explanatory return home. There is such a measure of faith and longing in them that while reading these letters, there, in Katyń, over the pierced skulls, some bitter saliva chokes in the throat. I saw with my own eyes what the one to whom (the letter) was addressed looked like in the pile of corpses. He folded this childish handwritten letter, written with a pencil, in capital letters, he folded it meticulously in four and hid it in his wallet. Only now had he been recovered from the stinking valley. But I don’t think it was written in vain. Today it is redirected to the name of God and will cry out for vengeance.”