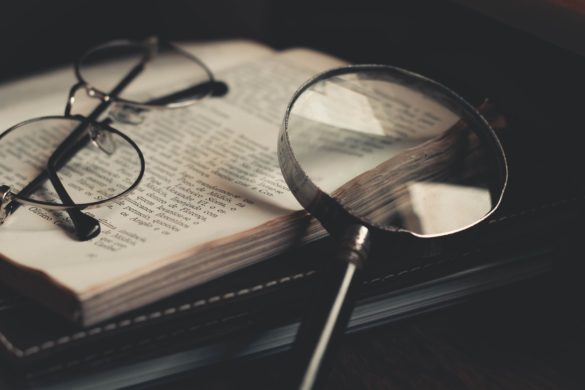 Józef Mackiewicz made it his main goal to tell the truth at all costs. He considered a value a credible and real history. He boldly destroyed legends and myths about it, regardless of whether someone liked it or not. Józef Mackiewicz had enormous historical knowledge, therefore he was…

Józef Mackiewicz made it his main goal to tell the truth at all costs. He considered a value a credible and real history. He boldly destroyed legends and myths about it, regardless of whether someone liked it or not. Józef Mackiewicz had enormous historical knowledge, therefore he was very critical of politics, he was even anti-political. He has always spoken out against programs and parties, and all his works are an accusation of 20th century politics aimed at deforming and destroying the lives of individuals and nations.

Mackiewicz believed that communism was a kind of psychological epidemic – “a plague”. He emphasized that the problem is not in the Russian soul, not in the traditions of Ivan the Terrible or Jingiz Khan, but “in the terrible invention of mental violation of human characters, for which the Bolshevik system has a patent reserved for all nations, regardless of race or cultural level.” He described the horrors of the communist system, including the novel “Droga donikąd” (‘The way to nowhere’) or in the reports “Ponary-Baza”, “Dymy nad Katyniem” (‘Smoke over Katyn’) and „Zbrodnia katyńska w świetle dokumentów” (‘The Katyn Massacre in the Light of Documents’).

Mackiewicz even despised the entire group of  collaborators, intellectuals, writers and journalists from Vilnius who collaborated with Moscow and spread propaganda. These were former collaborators of “Kurier Wileński”, including Anatol Mikułko and Jerzy Maśliński. Mackiewicz noted with embarrassment the examples of zealous cooperation between Vilnius journalists and the Soviet authorities. Such anti-communist views of him were not met with sympathy, on the contrary, they had consequences. Although Mackiewicz suspended his cultural activities, in April 1941 he was arrested by the NKVD. He was persuaded to do “literary” work in the press, but the writer refused to cooperate and was then fired. He knew then that he had remnants of his freedom and would most likely end up in labor camps. The writer was saved by the German army, which was quickly approaching Vilnius, which stopped the deportation of people to the east.

After the German army entered Vilnius, Mackiewicz was invited to edit the magazine. Of course, he rejected the offer, and even though he did not want to cooperate with the Germans, he believed that the  periodical in Polish language should be published. He even published a few texts in ‘Goniec’. He had several reasons why he dared to write in the so-called “German reptile”. Firstly, he had a need to write, he was a creator and he wanted to publish his work. Secondly, and more importantly, he had the opportunity to give a real testimony of the communist reality. The German authorities allowed to publish everything related to the Soviet occupation, which Mackiewicz willingly used. The third reason was the belief that nothing worse than what had already happened, could happen again, but the illusion disappeared quickly – the Germans turned out to be occupiers as dangerous as the Soviets. Mackiewicz was published in “Goniec Codzienny”, as this newspaper had the largest circulation. The writer wanted to spread the truth at all costs.

Publications in “Goniec” later became the main pretext for the so-called Mackiewicz case. At the turn of 1942–1943, Józef Mackiewicz was sentenced to death by a special court of the Home Army. Some of the Home Army soldiers opposed the absurd sentence, which was fortunately never carried out.

In addition, the writer in his articles condemned not only the Soviets, but also criticized the policy of the Polish State. He began to be considered as “politically incorrect”, he expressed in his articles opposition to the agreement with the Soviets, the signing of the Sikorski-Majski pact, etc.

Józef Mackiewicz was fascinated by the truth, which was far from being always beautiful and pleasant. He believed that only the truth is interesting and even more – that it is more colorful, exciting, versatile and shocking than imaginary novels. Due to the fact that he spoke loudly about inconvenient matters, not dividing people and events into his own or strangers, he had many enemies: communists, Piłsudski, Catholics and “good Poles”.