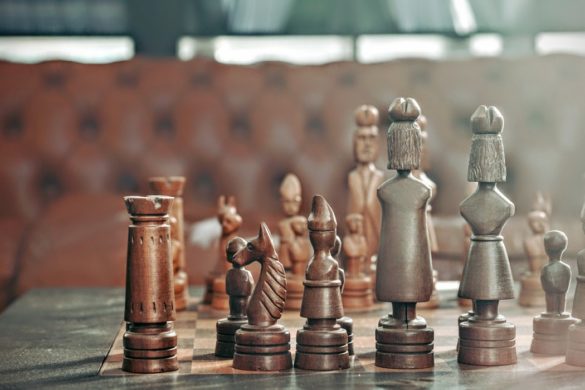 A politician is a person acting in the sphere of politics, which in the classic sense is understood as a kind of art of governing the state, the aim of which is the common good (Aristotle). The contemporary understanding of politics as the art of gaining power and ruling the state was introduced by Niccolo Machiavelli in his work entitled “The prince” according to whom a politician seeks to participate in power or to influence the separation of power.

Placing the profile of Józef Mackiewicz among politicians might seem obvious at first glance. In the works of literary critics, Józef Mackiewicz is regarded primarily as a political writer. This is to be determined by the programmatic anti-communism of his attitude and work – both literary and journalistic. This interpretation, however, is a complete misunderstanding.

In his works, Józef Mackiewicz brought to light those matters which, as was commonly believed, “do not need to be spoken out loud”. The entire work and attitude of Józef Mackiewicz is a contradiction of what we commonly associate with understanding and practicing politics. Politicians deal with specific problems in the field of the internal system and international relations, and their basic tools of action are compromise and building a community, party, electorate, etc. None of these things interested Józef Mackiewicz, he fought with politicians and always had more opponents than supporters – especially among politicians.

Mackiewicz was not interested in finding a compromise in order to implement a program. His program was to unveil the truth about Soviet communism, and his dream was to destroy this system. He did not consider communism an opponent, but an enemy. So in fact he placed the object of his interests and passion outside the field of politics. He waged a private war against communism by means of the written word and rejected the key concepts of contemporary political language: dialogue, understanding and compromise. For he was convinced that the only compromise the communists would accept was simply the unconditional submission to their ideology. Undoubtedly, all these features of Mackiewicz’s attitude and work would not be good qualifications for a politician or even a political journalist. In other words, it would be the worst credentials for a politician.

In his novels, Józef Mackiewicz did not write about politics, but about contemporary history. On the other hand, in journalism, when dealing with political issues, he always spoke as a historian, writer and intellectual. An essential feature of the attitude and writing of Józef Mackiewicz is ANTIPOLITICS. Józef Mackiewicz was not an apolitical writer, such as Leśmian or Schulz, but an ANTI-POLITICAL writer, and all his works are a passionate accusation of the 20th-century policy aimed at destroying the lives of nations.

The theme of Mackiewicz’s novel is historical processes seen from a distance: the Polish-Bolshevik war, national conflicts in the east of the Second Polish Republic, the Soviet and German occupation of these areas, and above all the fates of individual people tangled in the whirlpools of events and ideology.

Mackiewicz’s thinking was not related to any doctrine and is completely anti-ideological. Therefore, it is a misunderstanding to include Mackiewicz’s thoughts in terms of contemporary political life. It is particularly nonsense today to make the writer a patron of the Polish right. Those who do so seem to forget that Mackiewicz was the most fierce opponent of Polish national thought, and his attitude towards the Church, the politics of the Vatican and national minorities definitely brought him closer to a liberal attitude – in the most common sense of the word. The writer’s motto was simply: “Live and let (others) live”.