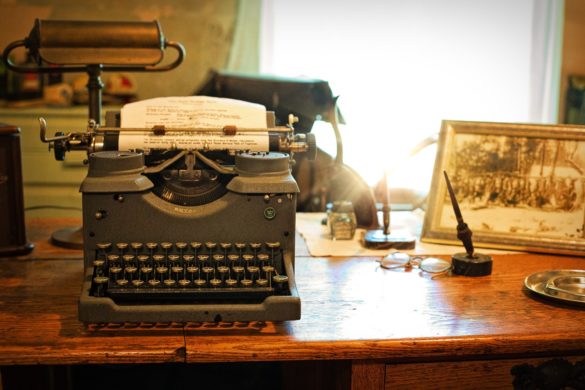 Józef Mackiewicz and his ‘national idea’

Józef Mackiewicz was born in a tragic era, he had to survive wars and difficult times, and finally emigration. When we see these events in retrospect: armed conflicts, change of power, occupations or deportations, we may get the impression that this does not apply to us. Yes, we…

Józef Mackiewicz was born in a tragic era, he had to survive wars and difficult times, and finally emigration. When we see these events in retrospect: armed conflicts, change of power, occupations or deportations, we may get the impression that this does not apply to us. Yes, we can empathize with biographies or events, but this is not the same as feeling the tragedy of war on ourselves. Mackiewicz was not only a witness of the events, but also a historian, so he knew that capturing events and memories is very important. Due to his knowledge, he interpreted the realities differently than the average inhabitant of Vilnius, because he was aware of what had happened, what was happening and what tomorrow may bring. He was often misunderstood and disliked for his views. Among Polish society, the most controversial was so-called Mackiewicz’s “national idea”.

Before the invasion of the Republic of Poland, Germany and the Soviet Union signed a non-aggression treaty in Moscow on August 23, 1939, known as the Ribbentrop-Molotov Pact. After several subsequent modifications, the treaty marked the line of influence of both countries: the sphere of influence of the Third Reich covered part of the Polish-Lithuanian Commonwealth with the Lublin region and the eastern part of Mazovia, while the Baltic states, Bessarabia and the eastern part of Poland with Vilnius fell to the USSR. The Commonwealth had no real chance to repel attacks by aggressors from both sides, yet people made attempts to fight the occupiers, unfortunately unsuccessful. Soon (October 10), the Vilnius Region was handed over to Lithuania in exchange for permission to station Soviet garrisons on its territory.

On September 19, 1939, Mackiewicz, along with a crowd of refugees like himself, left Vilnius. After a few days he went to Kaunas, where on October 14 he published an article in the Lithuanian newspaper Lietuvos žinios (‘News of Lithuania’) entitled My Wilnianie (‘We,Vilnius citizens’). The main thread of the article was to express the joy of the Lithuanians taking over the Vilnius Region. Mackiewicz believed that at that time it was the only reasonable and possible alternative to the Soviet occupation. The Vilnius Region had already been a cultural community with the Lithuanian nation in the Grand Duchy of Lithuania, therefore, in this situation, according to him, the addition of Vilnius to Lithuania was the only acceptable solution. From the perspective of history, Lithuania was not even the slightest threat to Polish existence, while communism and Nazism were a lethal threat.

Poles perceived this article as a national treason. Mackiewicz’s statement was the voice of an intellectual who undoubtedly rose above Vilnius standards. The text was completely incomprehensible in general perception, its postulates increased beyond the possibilities of social perception of that time. The article contained a critique of the post-May rule, as well as a statement that the Vilnius citizens saw many troops entering the city, but they welcomed the Lithuanian army the most warmly. Writing in this way, Mackiewicz avoids censorship and emphasizes that the greatest respect is given to the army that liberated them from communism, completely disregarding the nationality of the liberated people. This is how he tries to convey the idea that it could not be worse than during communism. The author could not just write that literally, because censorship would have deleted everything.

After the Lithuanians took over the Vilnius Region, Lithuanization began almost immediately. Polish political, social and cultural organizations were liquidated, and Polish schools were also closed. Despite numerous provocations on the part of Lithuanian circles, Polish culture was developing- Polish press was published, 2 theaters were active. On November 25, 1939, J. Mackiewicz returned to Vilnius and started working for the daily newspaper Gazeta Codzienna. The magazine was financed by the Polish government-in-exile and was written in the spirit of the ‘national idea’. Here another conflict arose between Mackiewicz and the leftist circles around the reactivated ‘Kurier Wileński’. The ‘national idea’ – which was so close to Mackiewicz, was aimed at creating a state body between the two hostile camps, the German and the Russian one, which would be able to wage war on two fronts. That is, to create such a union of states that can never be occupied by communists or Nazis, but was intended, as the author wrote, to “defend the nations living between Russia and Germany not only against each of these enemies individually, but even in the event of an attack on us ( …) both from the west and the east ”.

The ‘national idea’, as Romer argued, is the idea of ​​integrating the society of the former Grand Duchy of Lithuania in the political, social and economic sphere, while everyone has to keep their culture and nationality. However, the idea of ​​”nationality” made Poles feel threatened. There were many irritating topics, for example, the Lithuanian nature of Adam Mickiewicz, Tadeusz Kościuszko, Józef Ignacy Kraszewski, etc. However, Mackiewicz was looking for a thread of understanding and believed in a ‘national idea’. Professor at the University of Kaunas, Michał Romer, a Pole by birth, a Lithuanian by choice, at the beginning of 1940, initiated the creation of the ‘Polish-Lithuanian Discussion Club’ composed of intellectuals. Its members were, among others: Zygmunt Jundziłł, Romuald Węckowicz, Ludwik Chomiński, Józef Mackiewicz and Józef Święcicki. It was the last attempt at Polish-Lithuanian reconciliation, but few meetings took place. As Mackiewicz wrote, Romer turned out to be an ardent defender of Lithuanian policy in Vilnius, which was a nationalist policy, a policy of chauvinism and a policy of rape. The meetings were held only under Lithuanian conditions, which of course made any discussion impossible.

Mackiewicz’s views were considered as political romanticism. Józef Mackiewicz himself described with irony and indignation the discrimination of the Polish population in Vilnius, where only about 2% of Lithuanians lived at that time. The columnist admitted that the “national” initiative was impossible to implement in the political realities of the time.

The independent attitude of the journalist and publicist aroused the reluctance and hostility of the Lithuanian authorities, and soon he was deprived of the right to publish in the Republic of Lithuania due to his attitude. Mackiewicz, fighting with a pen for the ‘national idea’, gained new enemies. He strongly regretted that if the public mood were more favorable, Poles, Lithuanians and Belarusians would never have to fear occupation. Unfortunately, the good intentions of the intellectual resulted only in hostility from the Lithuanian authorities and aroused reluctance on the part of Poles.