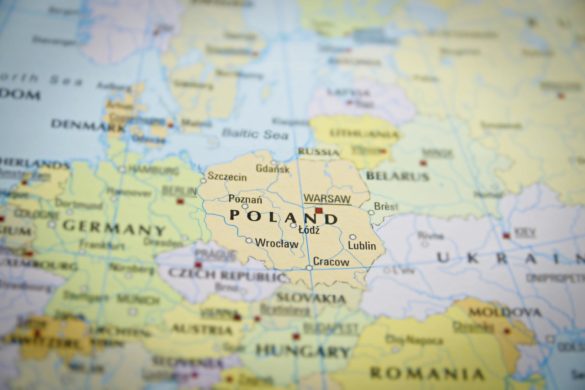 J. Mackiewicz in the face of the Polish-Lithuanian conflict

The interwar period was an extremely tense period in Polish-Lithuanian relations. Although Józef Mackiewicz believed that Vilnius should belong to Poland, he was one of the few authors to understand the complexity of the situation and the specificity of the region. The essay entitled A Letter…

The interwar period was an extremely tense period in Polish-Lithuanian relations. Although Józef Mackiewicz believed that Vilnius should belong to Poland, he was one of the few authors to understand the complexity of the situation and the specificity of the region.

The essay entitled A Letter of a soldier – cavalryman shows that in the autumn of 1920, during the triumph of Polish troops, Józef Mackiewicz, at the age of eighteen, was captured by Lithuanian soldiers and became their prisoner. In his work, he described the cruelty that befell him. He wrote that Lithuanian soldiers were steeped in a terrible hatred of Poles, especially those living within the state. At that time, he called Lithuanians bohemians and cowards. Years later, the journalist returning to this topic admitted that he was ashamed of his violent and harmful opinions. In the short story A cousin of the enemy Hussars, he seemed a bit more gentle and even tried to explain this behavior to himself by the violent Polish-Lithuanian outbreak that ended with the rebellion of general Żeligowski. Therefore, he suggested that the Lithuanian side had the right to be upset and aggressive.

Józef Mackiewicz unequivocally believed that the Vilnius Region and other disputed areas should belong to the Polish state, but he repeatedly said that only dialogue could resolve the conflict between nations with a common state history. It can therefore be concluded that he was one of the few who understood the complexity of the situation. In the newspaper he worked on, you can read that this country cannot be owned by one nation and the society of these lands is an amalgam of Lithuanian, Polish and Belarusian blood mixed with Jews, Tatars and Karaims. The writer and journalist was therefore a supporter of the diverse, multilingual and multicultural whole of this area, without dividing it into parts according to ethnic criteria. Therefore, he did not agree to the domination of one culture over the others and even criticized the Polish authorities for neglecting Lithuanian graves.

This approach was appreciated by, among others, one of the most famous Lithuanian poets, essayists and columnists, Tomas Venclova. During one of the meetings at the Vilnius University, he said that Józef Mackiewicz was one of the few Poles who could look at the situation from the Lithuanian perspective.

Grzegorz Eberhardt “Writer for adults. The Tale of Józef Mackiewicz “