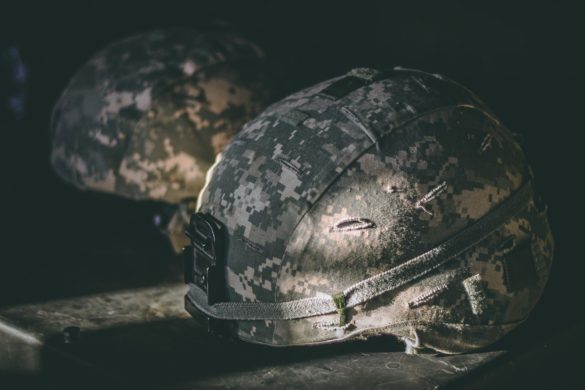 How did Mackiewicz get to Katyn?

On April 13, 1943, the Berlin radio broadcasted a message about the discovery of the mass graves of Polish officers in Katyn. Although the Soviet Information Bureau did not admit to the committed crime and, in addition, shifted the responsibility for the crime to the German side –…

On April 13, 1943, the Berlin radio broadcasted a message about the discovery of the mass graves of Polish officers in Katyn. Although the Soviet Information Bureau did not admit to the committed crime and, in addition, shifted the responsibility for the crime to the German side – the truth soon surfaced anyway.

At that time, Józef Mackiewicz lived with his wife in his small wooden house in Czarny Bór. After giving up journalism, he worked as a carter and coachman. However, this did not prevent him from periodically writing anti-communist articles for “Goniec Codzienny” – a German magazine published in Polish. Possibly for this reason, Józef Mackiewicz was offered a trip to Katyń. The columnist found out about it in Vilnius from his friend – an advertisement canvass in the administration of the “gadzinówka”. Clearly overjoyed at the sight of him, his former colleague only whispered that the Germans were clearly very interested in him and that they wanted to invite him to the exhumation of the body. Józef Mackiewicz then wrote: “This news took over me from the first words. In my opinion, this was an important matter, not only for me personally, who would be given the opportunity to see the greatest crime of this war with my own eyes, but also for Poland as a whole, because undoubtedly only very few will ever face a tribunal or just a court of history, as a witness to this case”. The writer was aware that a trip to Katyn was of the utmost importance, but initially he decided to contact the Home Army Command of the Vilnius District and ask for permission. Opinions were divided – some said unequivocally that he had to go, but the underground journalists were afraid, above all, that the journalist would be deceived by the German provocation. Despite the inconsistencies, exactly five days elapsed before this permission to travel was granted.

At the same time, Moscow is reacting sharply to the proposal to conduct an investigation. The Soviet daily “Pravda” publishes the article “Hitler’s Polish helpers”, writing, among others: “Slander is spreading. (…) Polish leaders unforgivably followed Goebbels’ cunning provocation and, in fact, upheld the vile lies and slanderous inventions of the executioners of the Polish nation. It is therefore hardly surprising that Hitler also turned to the International Red Cross with a proposal to conduct a crime scene investigation prepared by his masters in the art of killing”.

Werner Klau, a former German journalist, receives Mackiewicz very kindly. Without any obligations, signatures or constraints, he says: “You will go and see.” Nevertheless, at a secret meeting held in Vilnius, it was decided that Mackiewicz would have to write and publish an article in “Goniec Codzienny”. He, not having confidence in the idea, agreed, at best, to give an interview right after his return. The columnist had three weeks to prepare himself (mostly morally) while the intricate correspondence between the Ostministerium in Berlin and the front command, the Gestapo, continued. At that time, Mackiewicz sought out a former professor of the Vilnius University, an authority in the field of forensic medicine – Dr. Siengalewicz. The professor prepared him theoretically for things that Mackiewicz would soon see with his own eyes. Despite the ubiquitous Soviet propaganda, the professor stated that for the time being he did not see any contradictions in the German statements, and the exhumation work was led by Dr. Buhtz, who is an honest man and would not have signed his falsified expertise.

Already in mid-May 1943, Józef Mackiewicz, with two Portuguese and one Swedish journalists, was heading towards Katyn in an airplane of the obsolete type “Ju 88”. As he recalls: “The journey is long, very long, over a country ruined by war. (…) It’s bad, it’s uncomfortable to sit in this machine designed for paratroopers, it’s bland ”. What he will soon see with his own eyes will become for him the main argument over arguments, showing the horror of the Soviet genocide.