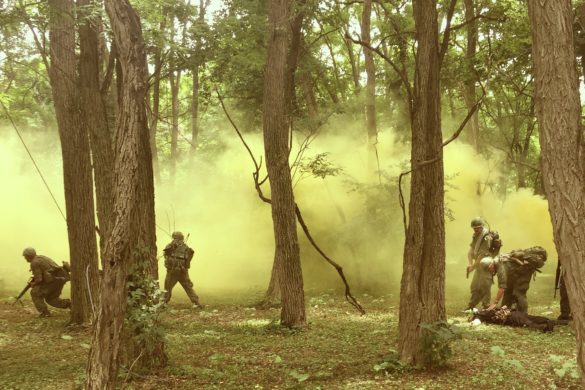 Questioning today the construction of a new socialism in a country after the end of World War II is not an extraordinary phenomenon. History textbooks often describe the history of the cursed soldiers and the intelligentsia, who did not like the new communist rule of the People’s Republic…

Questioning today the construction of a new socialism in a country after the end of World War II is not an extraordinary phenomenon. History textbooks often describe the history of the cursed soldiers and the intelligentsia, who did not like the new communist rule of the People’s Republic of Poland. Józef Mackiewicz also refused to close his eyes to the new political order.

“There is no state foreign policy of the Soviet Union, only the global policy of international communism; there is no People’s Poland, there is only, under this name, a component part: the universal communist system; there is no own way to socialism, there is only Leninist camouflage to cement this system more effectively,” wrote J. Mackiewicz in his letter sent to the “Kultura” magazine in 1959.

J. Mackiewicz admits in a polemic that the communist system made him not feel part of any particular nation. That he does not feel like a citizen of independent Poland. The publicist stated that he felt he belonged to Eastern Europe, which, by the way, was entirely under communist rule. Therefore, he cannot be interested in such an issue as the Polish-German border, because in reality such a thing does not exist.

“Firstly, because the free German state does not border Poland; secondly, because free Poland does not exist; thirdly, because at the moment the Oder and Nysa rivers are only the demarcation of two parts of the same world communist system, two administrative provinces, one of which bears any name “German Democratic Republic” and the other “People’s Poland”. I am also not interested in the fairness or injustice of this borderline in the future, because the dispute lies in the sphere hierarchically subordinate to the superiority of the problem: how to obtain freedom, which can only create real conditions for the disposal of real borders,” the writer argued.

Hence, J. Mackiewicz considered all disputes over territories to be absurd, whether it was about the Polish-German border, or disputes about whether Vilnius was Polish or Lithuanian and whether Lviv was Polish or Ukrainian. It seemed to him extremely absurd that nations that are under the occupation of a common enemy engage in such senseless disputes that will not bring any results until the system is changed and until the states get rid of the common enemy – the communist power imposed by the USSR.

The publicist was not afraid to express a different opinion in public. Namely, he believed that borders are not more important than freedom. Which basically can be explained as follows: it is better for Poland to be free of imposed communist rule, but without disputed lands (such as: Vilnius, Lviv or Odra-Nysa), than if Poland regained territories after 1914, but still remained under communism . “I value freedom more than borders,” said J. Mackiewicz.

Policy towards Russia has been constantly controversial since the 19th century. Some agreed to accept the surrounding world as it is. Agree to what our eastern neighbor is doing in our lands. Agree to the rules and system imposed by him. Agree that the Polish People’s Republic should be a socialist state. Józef Mackiewicz was an exception to the rule. A man who couldn’t close his eyes to the truth. Thanks to such people, today, Poland, Lithuania and Ukraine, which is fighting against Russia, can say that they are truly free and can act, exist and make their own decisions.

Prepared on the basis of J. Mackiewicz’s polemical letter to the editors of the “Kultura” magazine from 1959. J. Mackiewicz: What is more important: freedom or borders?