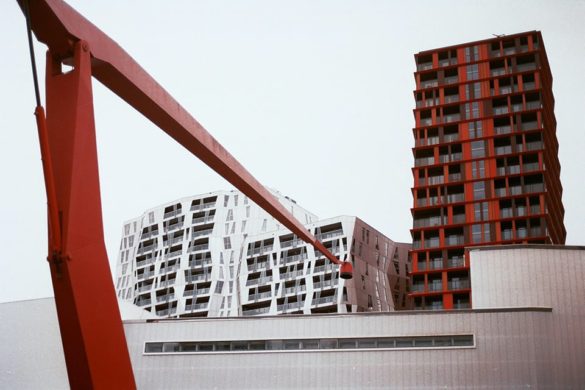 Different Kinds of Patriotism According to Józef Mackiewicz

Józef Mackiewicz certainly cannot be called a patriot in the traditional sense of the word. In his book “Lewa Wolna” (‘Left free’), he introduced 3 types of patriotism, moreover, he created a new concept called ‘patriotism of landscape’. The seeds of love for the homeland,…

Józef Mackiewicz certainly cannot be called a patriot in the traditional sense of the word. In his book “Lewa Wolna” (‘Left free’), he introduced 3 types of patriotism, moreover, he created a new concept called ‘patriotism of landscape’.

The seeds of love for the homeland, Polish culture and literature were planted in Mackiewicz in his family home. His mother, Maria née Pietraszkiewicz, was a well-read, intelligent polyglot who read the Sienkiewicz trilogy to her children before sleep and, from time to time, she gave free rein to her emotions in the form of poems which she wrote. Because of her, the Mackiewicz house was a mainstay of Polishness. The great devotion to his homeland is evidenced by the fact that the future journalist, being a 6th grade student, at the age of 17, took part in the Polish-Bolshevik war. After the end of the war, despite the lack of a high school diploma, he undertook studies of nature at the University of Warsaw, where he finally realized the absurdity of nationalisms.

Each of these aspects had a direct impact on the creation of the book “Lewa Wolna” (‘Left free’). It is a novel that combines fiction with the real events of the Polish-Bolshevik war. The author also distinguishes there three types of patriotism: national, doctrinal and the patriotism of landscape. ‘National patriotism is interested in only people inhabiting a given landscape, but not in landscape itself. Doctrinal patriotism is neither about people, nor landscapes, it is only about instilling doctrine. Only patriotism of landscape covers the whole – air, forests, fields, and mud, and man – all as part of the landscape’. He wrote that national patriots are focused only on ensuring that as many people as possible speak their language or profess their faith. According to Mackiewicz, the patriotism of doctrine is the worst, he believed that, after all, the nationalists wanted to ‘decorate’ the nation, while doctrinalists – only machine. Patriots of the landscape take the country as it is: “And for him,” he said, “whether the Italian baroque or the Byzantine dome, and the minaret and the synagogue, they all belong to the landscape in the same way as the lake, the river or the market where they stand. And the caps that people take off when they enter the temple or not. And how do you make all the crows croak under the baton, and cut the leaves on the trees in one pattern, what will be left of the landscape? I was going to a parade and I remembered, I knew such a painter-patriot. Oh, he used to say, “how I hate those ‘Russian birches and poplars’ in painting motives!” “I would,” he says, “cut all the birches and poplars in our country”. And he would really have chopped them off. He put down the brush and picked up the ax in his hand. And how can you breathe fresh air here?’

I hope that the concept of ‘patriotism of landscape’ will enter our everyday life, as it is a complete contradiction of any kind of radicalism. This attitude represents openness, acceptance and uncompromising love for one’s country.

The article was translated by Joanna Zawalska