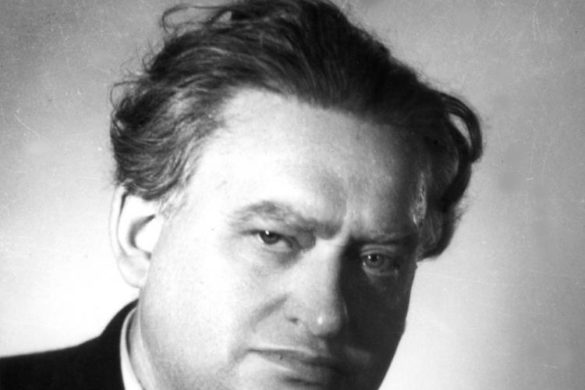 As it turns out, literary talent was passed down genetically in the Mackiewicz family. Along with his talented younger brother Józef, the older Stanisław “Cat” Mackiewicz was also passionate about journalism. The first question that can be asked about his character is inquiring about his nickname.

As it turns out, literary talent was passed down genetically in the Mackiewicz family. Along with his talented younger brother Józef, the older Stanisław “Cat” Mackiewicz was also passionate about journalism.

The first question that can be asked about his character is inquiring about his nickname. As he explained himself, it was inspired by Rudyard Kipling’s short story “The cat that walked by himself” – a book for children with a philosophical background, where the author asked questions about the origin of civilization, differences between people and animals, nature and culture. One could say that the title “cat” perfectly reflects his political views, as Stanisław did not mind being both a conservative, a monarchist and a “Piłsudski”. It was in the figure of Józef Piłsudski that he saw the only hope for the return of the monarchy in Poland, which he considered to be the best system. That is why, among other things, he supported the May coup, when Piłsudski came to power, taking the position of the Inspector General of the Armed Forces.

The journalistic works of the older Mackiewicz were popular not only because of their historical content, but above all because of the language used by the writer. His journalistic style combined the substantive content with a broader reflection and diagnosis of the political situation. The light pen combined with the intelligent content attracted readers. An example is the book “Historia Polski”, where the writer linked his fate with the political events of the Second Polish Republic. Krzysztof Niewiadomski called it “a real lesson in writing about history.” It presents Poland in an unforgettable way, also pointing to wasted opportunities, mistakes and general stupidity of Poles. The book is written in a narrative that can be safely called “history without censorship”. However, not everyone shared this opinion. Dr. Janusz Osica claimed that Mackiewicz was lost by prophecies that could be quickly confronted with reality. On the other hand, Dr. Janusz Jaruzelski, author of the book “Mackiewicz conservatives”, assessed that “in all these periods, one thing cannot be accused of Mackiewicz that he did not value what he considered to be Polish raison d’etat. He was an undisputed ideological man. He had his vision of Poland, of national interest, and he always acted according to it. “The dispute over the competences of Stanisław Mackiewicz continues, but he cannot be denied that the idea he actually believed in – he certainly had it. It is a necessary thing, because it becomes the foundation and helps a person not to get lost and to stand firm on their own.

Both brothers shared the value of freedom of speech. Cat, like his brother Józef, was distinguished by the fact that he made quite controversial theses. His statements were sharp, which also does not mean that he was closed to people of other options. Despite the fact that he defined himself as a conservative, he did not prevent him from publishing the works of the communist group “Żagary” (including Czesław Miłosz) in his Vilnius daily “Słowo” (“Word”). Even though that “experiment” failed, it does not change the fact that Cat had a personally warm feeling towards his political antagonists. His conservatism was manifested mainly in his love of national tradition. He wrote that “a child’s attitude to religion is shaped by prayer, and the child’s attitude to Polishness is shaped by Sienkiewicz.” It is worth mentioning here that both brothers grew up on the Sienkiewicz trilogy, which their mother read them to sleep.

Despite their family discrepancies and differences in temperaments (Stanisław was a lover of banquets, good food, wine, and Józef could not afford it and was not an enthusiast of this type of events), both of them cannot be denied their outstanding literary skills. Cat was a master of the column, Joseph relished the epic momentum, which does not change the fact that both had a lot to say.