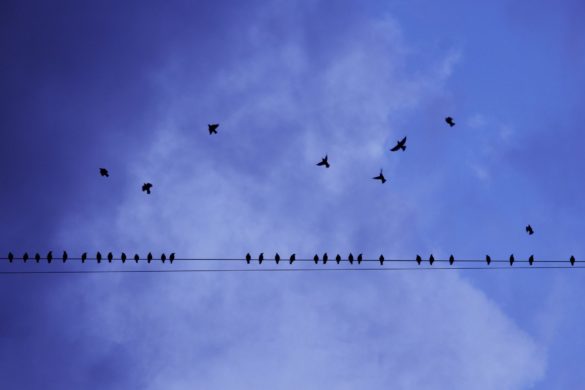 Birds and nature in the works of Józef Mackiewicz

Józef Mackiewicz was called in the monograph of Włodzimierz Bolecki “a birdie from Vilnius”. This name is widely known today thanks to Mackiewicz’s childhood, adolescent and even student fascination with nature, especially birds. Every reader will notice without difficulty and without the tedious counting of motives that the…

Józef Mackiewicz was called in the monograph of Włodzimierz Bolecki “a birdie from Vilnius”. This name is widely known today thanks to Mackiewicz’s childhood, adolescent and even student fascination with nature, especially birds. Every reader will notice without difficulty and without the tedious counting of motives that the writer’s imagination is especially sensitive to the natural surroundings of man, especially, to birds. He devoted several of his journalistic and autobiographical texts to them.

The writer even had a great ornithological discovery behind him, when, as part of his natural studies at the University of Warsaw, he made a research trip to the Białowieża Primeval Forest, where he spotted and hunted the three-toed woodpecker, which is extremely rare here. It is believed that Józef Mackiewicz is – apart from Czesław Miłosz – one of the best experts in the nature of the former Grand Duchy of Lithuania and by far the most outstanding expert in birds.

The writer who is familiar with these winged creatures presents birds with particular care for the realism of their habits or appearance, they have – as you can see – also an important metaphorical function. Faithfulness to nature is clearly connected in Mackiewicz’s writing world with sensitivity to nature, the surrounding landscape and the perception of specific rules and order in the environment.

The symbolic meaning of birds is equally strong when it comes to talking about a much more serious threat to the autonomy of the lands of the former Grand Duchy of Lithuania. Here is how the wagtail on the border between the Polish-Lithuanian Commonwealth and the Soviet Union is depicted after the Treaty of Riga:

“There are poles on both sides of the river. Both, in volume and height, on the same mounds, look at each other with the faces of the tablets: the Eagle and the Republic of Poland; Hammer sickle and SSSR on top, BSSSR on bottom. The numbers are the same too. – Yellow field wagtails are flying on pole 483. The male sat on the Polish one, the female flew a few meters, sat down on the Soviet one. They swing their tails, as is the custom of wagtails, and they chirp at each other lovingly. The sun is shining on the border.”

It can be boldly said that for Mackiewicz, birds are a group of animals which, together with some other elements of nature, share in his world the functions of pointing to the world of fundamental values. It seems that man’s winged companions are in this aspect a particularly important and privileged part of nature. The general frequency of the occurrence of birds in different, non-metaphorical meanings, as well as the reverence in describing them, allow us to believe that they constitute a functionally distinguished part of nature in the artistic world of Mackiewicz’s prose. Unfortunately, in the first half of the twentieth century, which the writer presents in his texts, not only Slavic (especially Eastern) or Europe, but people in general, looks uninteresting from nature’s perspective. But why? Because the grass remains grass, the river remains the river, the forest remains the forest, and the bird remains the bird. Only people become weird, inhuman, although Mackiewicz certainly would not say that their “animosity” has occurred. On the contrary, it is a signal of taking the side of the natural truth and a fundamental opposition to the “human monster” spreading in the 20th century.