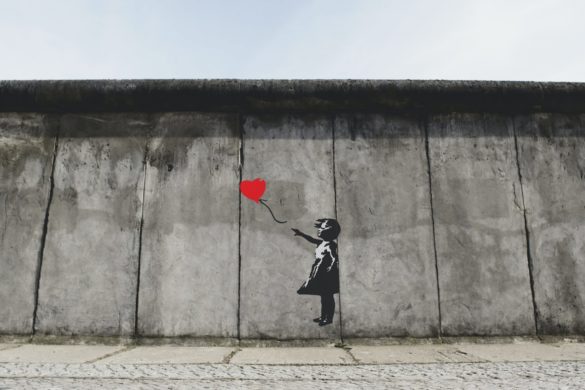 Berlin Wall as a disgrace to communism

Józef Mackiewicz fought injustice with a pen all his life, especially when it came to harm done by communists. The writer lamented that the West, and, above all, the Vatican, did not react to human rights violations. The author in the book „W cieniu krzyża” (‘In the shadow…

Józef Mackiewicz fought injustice with a pen all his life, especially when it came to harm done by communists. The writer lamented that the West, and, above all, the Vatican, did not react to human rights violations. The author in the book „W cieniu krzyża” (‘In the shadow of the cross’) explains that politicians and priests knew well about the bestialities of the socialist system, they also witnessed the creation of the Berlin Wall. Building a barbed fence like a prison could not be a sign of freedom on the other side.

After World War II, Berlin was under the influence of the Soviet Union, with 4 zones of occupation: Soviet, American, French and British. It was a kind of window to look closely at the socialist system. Józef Mackiewicz describes it as an illustrative disgrace of communism, because what happened several meters away was a testimony that the main need of people in the socialist system was to escape from repression to freedom, and not to “care for peace”, for which politicians and pastoral ministry fought for.

During the “free” elections in the German Democratic Republic, as in every communist state, as much as 95% of the population voted for only the right party. Although the people chose the communists almost unanimously and “willingly”, on the first occasion the inhabitants of East Germany tried to flee to the West. Already in the first half of 1956, the number of refugees to western Germany was around 24,000 a month. Despite the fact that the GDR authorities applied increasingly stringent preventive measures, people abandoned their paternity, homes and jobs. In a short time, the number of escapees was several million. The German Democratic Republic was threatened with depopulation. The main escape route went through East Berlin to West Berlin.

In August 1961, the communist people’s police and the ‘national army’ encircled the border and began building a wall separating free Berlin from communist Berlin. Such a wall was placed along the entire border – hundreds of kilometers of barbed wire, minefields, 600 observation towers, 250 ‘outings’ with machine guns, 650 combat posts, etc. A ‘death strip’ was marked out, through which no one could cross alive, every fugitive was shot at. Desperate people began to dig trenches, they were looking for new ways to escape from the communist regime, and all this happened in the very heart of Europe, in front of the eyes of the whole world.

Building the Berlin Wall and killing people who wanted to cross it was the most blatant violation of the ‘Four Powers Agreement’ and other international agreements made and in force after the war. Mackiewicz emphasizes that it was the duty of the Western powers to prevent any disregard for the agreements, but the West’s reaction was limited to verbal protest. And yet the matter was particularly important, because in the recent past, the passive politics of Europe allowed Hitler to be inhuman. As Józef Mackiewicz recalls in the book “In the shadow of the cross”, the Holy See also knew what was happening in Berlin. Therefore, Pope Paul VI asked the bishops not to publicize the topic, who during the second session of the Vatican Council visited the Berlin Wall as entertainment.

What was happening in the divided capital of the Third Reich happened in front of the media, politicians and the church, it was happening in the center of Europe. However, no one took any action, and the Vatican at that time established ever warmer relations with Moscow. Mackiewicz talks about the ignorance of the West and about the church that does not defend its people, that remains silent about crimes and, what is worse, allows the destruction and killing of people in the name of good political relations.