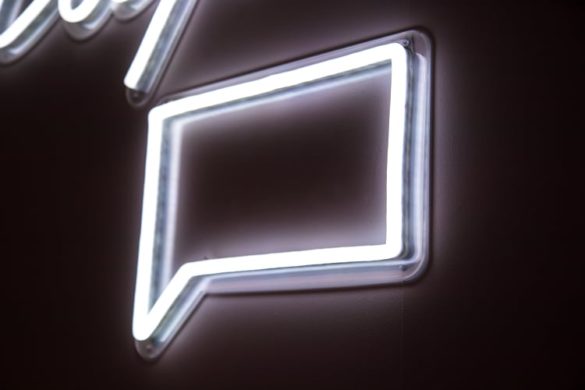 ‘Anyone can make a mistake’ – Józef Mackiewicz’s mistakes

“What we, humans, call ‘truth’ is only searching for it”, claimed Józef Mackiewicz. He searched for truth through his literary works: reports, essays, articles and novels. He wrote that “searching for truth is possible only in free discussion”. And such things also happened on the literary level.

“What we, humans, call ‘truth’ is only searching for it”, claimed Józef Mackiewicz. He searched for truth through his literary works: reports, essays, articles and novels. He wrote that “searching for truth is possible only in free discussion”. And such things also happened on the literary level.

In 1956, Mackiewicz wrote an essay entitled “Mistakes You Cannot See”, where he reminded the greatest writers, both Polish and foreign, for factual and logical errors in their works. He claimed that Mickiewicz, despite his deep patriotism, made a lot of mistakes regarding the descriptions of nature in “Pan Tadeusz”: “Indeed, neither ‘beeches’ could convey an echo, because beeches in Lithuania did not grow, nor ‘deer horns’ could shine like rays in the Lithuanian forest, because in Lithuania there are no deer and there were none”. He also wrote about Sienkiewicz, who “could not cope with the horse’s body shape and height”. He recalled Leo Tolstoy, where in the “Dead Souls” Chichikov coped with all activities unnaturally quickly, moreover, the novel is governed by its own space-time.

People quickly reacted to “Mistakes You Cannot See”. Despite the widespread sympathy and recognition among literary critics and journalists, no one failed to point out the shortcomings of the essayist. For example, Michał K. Pawlikowski – Mackiewicz’s long-standing cordial friend – wrote: “however, it is difficult for me to agree with Mackiewicz that “there is no deer in Lithuania and there was not”. I am not a specialist in the history of hunting, but I have heard from experts in this field that the deer was once common in Lithuania – on a par with the aurochs, bisons and wolverine ”. On the other hand, Wit Tarnawski wrote in “Wiadomości” (‘News’) that Mackiewicz’s novels are not flawless when it comes to factual errors. He cited “Karierowicz”, where it can be seen that the author initially “estimated the time himself as less than two weeks, and then, for a good few weeks, maybe a month. The contradiction is clear”. However, he then emphasizes that: ‘the confusion of the time of Mackiewicz’s last novel did not spoil my reading pleasure in any way. As long as the writer has a complete, logical and deeply experienced vision of the work as a whole – he can boldly allow himself a number of factual errors that the reader and the author will not notice, just as minor flaws are not noticed in a fascinating painting”. Indeed, it is a very accurate remark.

From Mackiewicz’s interviews or publications, it can be concluded that he was a somewhat categorical man. This is revealed in some of his not entirely objective, perhaps hasty conclusions. The journalist did not like Józef Piłsudski. When World War II breaks out in 1939 and Poland loses its independence, the writer recognizes that it is obvious that Poland lost this war already in 1920. Partly, he saw the fault of Piłsudski in it, who believed in the matter of Poland’s independence that he would find it easier to get along with the Bolsheviks than with the “whites”. “Maliciously saying: Mackiewicz has a grudge against Piłsudski for the fact that the latter in 1920 was not a prophet!” – wrote Grzegorz Eberhardt, the author of “Opowieści o Józefie Mackiewiczu” (‘The short stories about Józef Mackiewicz’).

In 1970, in the text “What was but is not … (not entered in the register)” Mackiewicz writes: “Even Hitler did not call the occupation ‘liberation’, he did not order the Jews he murdered or people locked up in camps to shout : “Only now we are free and happy”. Meanwhile, what was the inscription above the gate of the largest concentration camp in the world at Auschwitz? Was he not preaching “Arbeit mach frei” (meaning “Work Makes You Free”)?

Throughout his writing career, J. Mackiewicz made many mistakes, which is fully understandable. Nobody is free from mistakes. “Only the one who does nothing is not mistaken,” proclaims folk wisdom. It is worth remembering while verifying the received information. Someone’s opinion is not revealed truth, so making independent thought processes is essential.