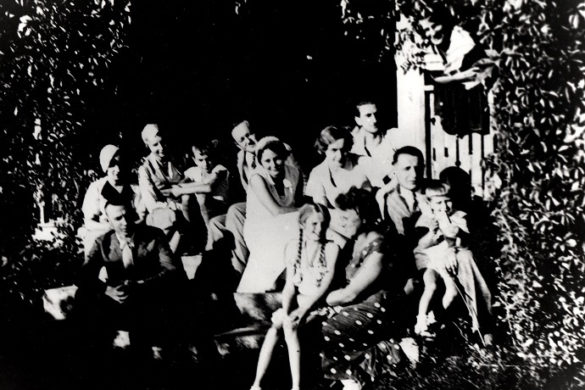 Józef Mackiewicz was not lonely among people, he had his wife next to him, quite a large group of friends and acquaintances who helped him and even supported him financially. However, he differed from others in terms of his ideas. In that sense, he was quite alone.

Józef Mackiewicz was not lonely among people, he had his wife next to him, quite a large group of friends and acquaintances who helped him and even supported him financially. However, he differed from others in terms of his ideas. In that sense, he was quite alone.

In 1939, when Vilnius was taken over by the Lithuanians, he received this news with relief. Józef Mackiewicz’s literary circles do not share his joy: “Near the Lithuanian museum, I met Józef Święcicki, the editor of “Kurier Wileński”, who fled from the Bolsheviks to Kaunas after the war with Germany. I told him how I was feeling. He treated me coldly. “Of course,” he replied, “we are all happy, but it is not proper to show it”.

For Mackiewicz, it was very important whether to live in Vilnius ruled by the Soviets or Lithuanians. In the rule of the Lithuanians, Mackiewicz saw the last hope for the reconstruction of the Grand Duchy of Lithuania in even a rudimentary territorial, spiritual and moral form. Soon, he wrote an article for the Lithuanian magazine Lietuvos Žinios, in which he harshly criticized the post-May government in Poland, expressed sincere pain for the catastrophe that befell the nation, and accused Piłsudski as the main culprit. Emphasizing his anti-Bolshevik solidarity, he noted that any army that liberates the city from the Bolsheviks is warmly welcomed, regardless of their nationality.

This article was read in large fragments also on the Lithuanian radio and caused a complete storm among Poles and was treated as a sui generis – political crime, all by the mentioned person, Marshal Piłsudski, considered a providential man. Meanwhile, Józef Mackiewicz treated it as the greatest evil and misfortune of Poland. As the author himself claimed, the almost uniform position of the Polish opinion condemning the article clearly defined its views. The majority condemned the article without knowing its full content, only the most tendentiously shuffled exceptions. However, Mackiewicz’s article was most strongly condemned by the officers of the Polish Army placed in the camp in Palanga, who edited a collective protest and delivered it to the author of the article: “(…) For now, we will limit ourselves to expressing condemnation and deepest indignation, and we demand that you immediately stop this activity that is so harmful to Poland”.

In the book “The truth does not hurt the eyes”, Józef Mackiewicz describes the situation: “I read it, put it in my pocket. I was completely alone. And in such conditions I decided to fight for my political ideals in this part of Eastern Europe where my beloved homeland was located”.

Source: Józef Mackiewicz “The truth does not hurt the eyes”, 2002.