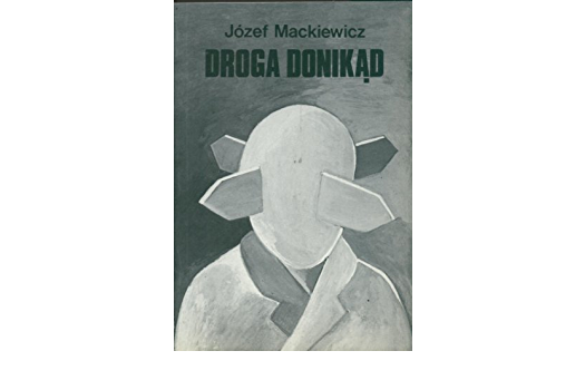 A novel ‘Road to Nowhere’

The novel Droga donikąd (“Road to Nowhere”) is considered the most important Polish novel about the occupation of the Polish Northern Borderlands and Vilnius. It is a chronicle about life during the occupation, man’s adaptation to new conditions and the gloomy Sovietization that tried to crush not only…

The novel Droga donikąd (“Road to Nowhere”) is considered the most important Polish novel about the occupation of the Polish Northern Borderlands and Vilnius. It is a chronicle about life during the occupation, man’s adaptation to new conditions and the gloomy Sovietization that tried to crush not only what is Polish, but everything that is human.

The novel starts in August 1940, when Lithuania is annexed by the USSR, and ends in June of the following year, a few days before the outbreak of the German-Soviet war. Despite the fact that the author writes at the beginning: “Apart from the fictional persons, everything is authentic in this account” (…), the characters have clear autobiographical features. The main character of the novel is Paweł, a pre-war journalist who avoids contact with the occupant’s ideology in various ways. In the end, he decides to run away, but it is an escape to nowhere.

The action takes place in Vilnius. Although the author does not give the name of the city, but just writes “city”, “in the city” (“in the gorod N”), the reader can easily get to know the surroundings of Vilnius, the banks of the River Neris, Mickiewicz and Zamkowa Streets.

“Road to Nowhere” presents a picture of the Soviet terror which gradually reduces human rights and destroys everything that is human. First, the Soviets, through populist slogans, promise people Paradise, removal of all restrictions, equality. The reality is different: there is a shortage of everything in stores, fear and hopelessness reign in society, and opponents of the Soviet Union begin to be eliminated.

In his work, the author presents various methods of indoctrination aimed at creating a new kind of man – “homo sovieticus”. The Soviets took advantage of human fear and uncertainty (e.g. the ambiguity and understatement accompanying the deportations, officials did not tell the deportees where they were going and what awaited them). The detained residents expected punishment without explanation, and received an offer to become an informer, which they gladly accepted as they waited for the worst. The new ideology was also spreading through the inclusion of propaganda content in art. The novel shows a scene when the main character receives a proposal to create scenarios of performances that would praise Bolshevism on the basis of existing works. “Terrible power is given to people now. Nobody had such strength before. And today – everyone has”, says the woodcutter Franek. Informing is widespread, also, a desire to please the new government. Consequently, people were distrustful of each other, fearful. Apart from intimidation and punishments, the Soviets used the method of rewarding the inhabitants. The communists’ reward for the submissive and those who decided to cooperate was no unpleasantness. An example is Charles, who avoids arrest because he proclaims the principles of Leninism and Stalinism.

In addition to the political thread, the novel features a love thread. It takes many faces. Weronika has a romantic attitude, and despite the dangers, she completely surrenders to her love for Paweł. She is indifferent to her husband and others. At the end, she understands that Paweł will not leave his wife, she sacrifices herself to save his life. It is unconditional, idealistic and tragic love. Another attitude is represented by Paweł’s wife – Marta. It is a mature and patient love. She knows about her husband’s affair, but she does not leave him, does not forget his infidelity, but continues to support her husband. Paul first represents carnal love, based on lust and running away from problems. With time, when the troubles worsen, the protagonist rejects his lover and chooses mature love – his wife.

“Road to Nowhere” is a realistic and political novel. Referring to real human stories, its aim was to present the Soviet slavery – as one of its heroes says – much worse than the Nazi one. German totalitarianism – as we read – destroyed the body with terror, but left a free soul. In the novel, Mackiewicz shows Bolshevism and its methods used to create a subordinate Soviet man. It shows in detail the existence of people who lost their lives or had to compromise with the occupant in order to live.