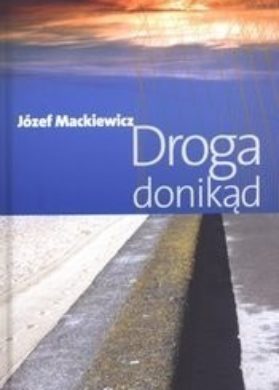 It is a political and historical novel showing the fate of the inhabitants of the Polish northern borderlands and Vilnius during the Soviet occupation. In the book, we can see how much impact surrounding events have on the human psyche. The introduced sovietization process not only leads to the destruction of state institutions and organizations and free market economy, but also causes profound social changes. Propaganda, at the time depicted, shows a picture of a demoralized capitalist world that is drowning in misery and dirt. New economic solutions are introduced, such as the liquidation of the private sector, collectivization of agriculture, nationalization of factories, which are the reason for new problems related to price increases, black market trade and tax increases. Under these circumstances, a new human type is born – homo sovieticus, a man subordinate to power, submissive, intellectually enslaved by the opportunist. It is in this situation that Mickiewicz’s heroes find themselves, most of whom succumb to the course of events, trying to somehow arrange themselves in a new reality. The main character is Paweł. Based on his experiences, the author presents the socio-political situation of the Vilnius region during the Soviet occupation.

As the author writes in the introduction: “Apart from the people from the novel , everything is authentic in this relationship. People, animals and things; events, secret documents and dates; village names; dawn and west at Moscow time, a line running through rojsts that divided the Lithuanian and Belarusian Soviet republics, as well as the direction of each road. The names of the officers of the People’s State Security Police N.K.G.B. are authentic. “