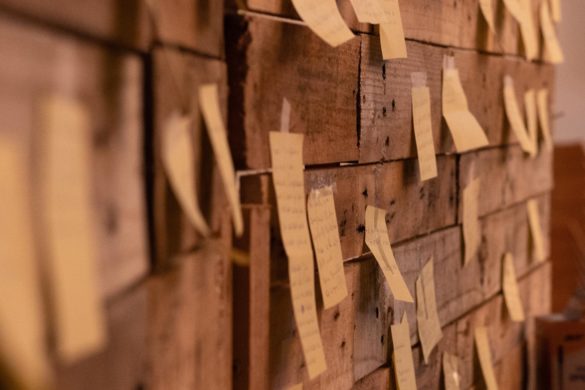 What did Sergiusz Piasecki have in common with Józef Mackiewicz?

Who has not heard of the famous „Zapiski oficera Armii Czerwonej” (‘Notes of an officer of the Red Army’) – a satire’s novel about the Vilnius region of 1939-1945, occupied by the Soviets and then by the Germans. Its author, Sergiusz Piasecki, in the form of a diary,…

Who has not heard of the famous „Zapiski oficera Armii Czerwonej” (‘Notes of an officer of the Red Army’) – a satire’s novel about the Vilnius region of 1939-1945, occupied by the Soviets and then by the Germans. Its author, Sergiusz Piasecki, in the form of a diary, presented a psychological image of a Red Army officer – Mikhail Zubov – a man thoroughly saturated and manipulated by communist ideology. What is the relationship between the author of this novel and Józef Mackiewicz, and at what point did the fates of these two important writers cross?

To this day, an unexplained matter in the biography of Józef Mackiewicz is his condemnation to the death penalty at the turn of 1942-1943. Moreover, the verdict was issued by a special court of the Home Army for alleged collaboration with Germans and Lithuanians, that is for publishing several articles about the Soviet occupation of Lithuania on the pages of ‘Goniec Codzienny’. The matter is incomprehensible because the Command of the Home Army in the Vilnius District a little later gave consent to Mackiewicz’s cooperation with ‘Goniec Codzienny’ – a Polish-language German daily – during his work and research on the Katyn massacre. Włodzimierz Bolecki – the author of the book ‘Ptasznik z Wilna’ – believed that despite the cooperation in the ‘gadzinówka’ journal, the journalist always stood “consistently on the Polish side”. This case leaves many questions unanswered, but the most likely theory is that the Soviet agency was behind the sentence to death of Józef Mackiewicz.

The fates of both writers crossed when it turned out that Sergiusz Piasecki, the head of the Home Army executive, was to carry out the execution. However, this active activist of the Home Army does not swear allegiance, explaining it with individualism. It was probably also about refusing to obey orders, about which he had doubts – Marek Klecel believes in the article ‘Two cult Vilnius writers’. In the case of Mackiewicz – Piasecki refuses to execute the sentence, which saves his life. He was previously interested in the figure of Mackiewicz, his work: “I first learned about Józef Mackiewicz during the Lithuanian occupation when an article titled ‘Cold Voice’ appeared in the ‘Gazeta Codzienna’ which he edited, where Mackiewicz definitely defended Poles against the persecution of Lithuanians. He pointed out that it is reprehensible even from a legal point of view, because it incites one part of the population against the other, calling for confusion. This article was very bold at the time, it could seriously endanger Mackiewicz and made a good impression on the Polish society of Vilnius.” Perhaps this was the reason why Piasecki took the accusations against Mackiewicz as groundless.

Interestingly, Piasecki saves Mackiewicz’s life more than once, as evidenced by the letter in which the writer thanks the head of the executive for saving him twice. It is known that Piasecki refused to execute the sentence once, and the second took place during his most famous action on June 13, 1943. He broke into the office protected by the Gestapo. He then stole, among others, an archive documenting the Katyn massacre, prepared by Józef Mackiewicz, and a protest signed by Mackiewicz himself against the accusation of collaborating with the ‘Goniec Codzienny’. If it were not for this, the publicist could share the fate of Zygmunt Andruszkiewicz, who, captured by the Gestapo and tortured, committed suicide in prison.

During the war, Józef Mackiewicz had not yet spread his wings as a novelist, so if the biography had been cut off in this place – the world would not have seen really great and worth reading works by this novelist. It was Sergiusz Piasecki who had similar attitudes and views to him to the greatest extent.