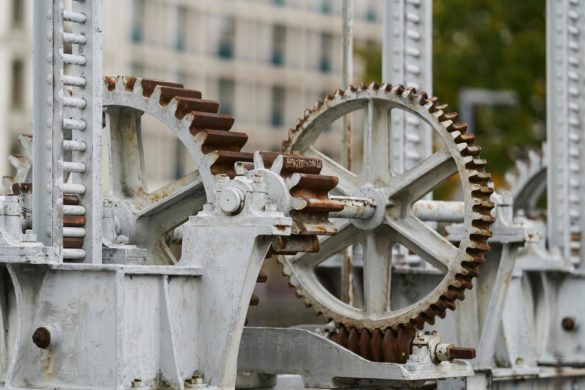 Mackiewicz’s attitude towards Germany and alleged collaboration with Germans

‘Who is not with us is against us’ was the popular communist slogan. Does the fact that Mackiewicz even referred to his nationality half-jokingly as “anti-communist”, testify to the fact that he was standing on the other side of the barricade, i.e. collaborating with the Nazi occupier? This…

‘Who is not with us is against us’ was the popular communist slogan. Does the fact that Mackiewicz even referred to his nationality half-jokingly as “anti-communist”, testify to the fact that he was standing on the other side of the barricade, i.e. collaborating with the Nazi occupier? This accusation is serious and probably humiliating for most Poles. How was it with the writer?

It is claimed that Mackiewicz was one of the few who had the courage to write the truth about the Soviet state and communist ideology, which was a threat to the entire world of that time. However, in post-war journalism he knew how to distinguish between the Russian nation and the communist system. It was similar with the Germans – he skillfully separated people and ideology. What mattered most in journalism was truth. For example, on the pages of the Vilnius newspaper ‘Słowo’ in the 1930s, he admitted that in his opinion both countries aimed at destabilization of the entire Baltic region and pursued a policy of conflicts between the Baltic states and Poland.

The matter that made him enemies for a  lifetime was primarily writing articles for ‘Goniec Codzienny’ (“Daily Messenger”, colloquially called ‘gadzinówka’), a newspaper published with the consent of the Germans in Vilnius. He wrote there primarily about the great threat the Soviet system is and consistently stood on the side of Poland. He published several anti-Soviet articles in it. It was for ‘Goniec Codzienny’ that he gave an interview about his trip to Katyń, gave an account of the exhumation and described his experiences. It was undoubtedly very important, as it greatly publicized the issue of the Katyń massacre and without this account the grave would definitely be much quieter. However, Mackiewicz quickly realized the true nature of the German occupation and broke off cooperation with the ‘gadzinówka’.

Moreover, suspicions of treason raise two issues. The first is the fact that, while living with his wife in Czarny Bór, he worked as a carter, earned quite meager money and he did not have a lot of wealth. In addition, ultimately proof of his innocence was a court of Polish journalists in Rome, who found no evidence of his guilt, so he was released from all charges.

However, it cannot be concealed that he perceived the German and Soviet occupations in a completely different way. He assumed that Bolshevism was more dangerous. His view on this matter is best illustrated in his novel ‘Nie trzeba głośno mówić’ (“You Don’t Need to Speak Out”): “I do not agree that Germany is my greatest enemy. The Bolsheviks are greater, because they are more dangerous to any nation. From a simple formula that no Polish can be both Polish and German at the same time, because these concepts are mutually exclusive. But every Pole can also be a communist at the same time.” He was depressed by the fact that only Hitlerism was recorded in the pages of history as the bestial one. In turn, Mackiewicz wanted to show and prove that the Soviets were as bad, as evidenced by the mass murder of Polish officers near Kozielsk.

The journalist’s motto was: ‘Live and let others live’. Those words meant that the main goal was to remain human in the face of all sorts of events. Mackiewicz’s attitude towards Germany may be accused of being inconsistent, but a change in his views, also as a result of the changing situation, is a sign of critical thinking and maturity.